Guns N' Roses are 'having a rest'

GUNS N' ROSES might be taking a break from music, but their guitarist Bumblefoot insists the band haven't called it a day yet. 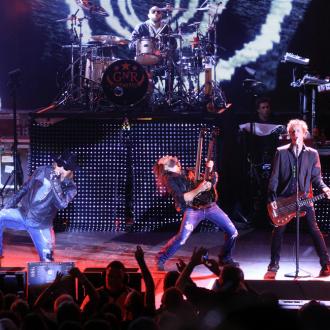 GUNS N' ROSES are currently ''having a rest'' but new material is always a possibility.

The 'Paradise City' rockers' guitarist Bumblefoot is concentrating on his own projects at the moment, although he did claim while the group are lying low ''anything could change''.

He said: ''Guns n' Roses seem to be having a rest, but anything could change at any time. Meanwhile, I'm starting to ease back into doing my own solo shows again.

''During the break I've got Bumblefoot shows scheduled in August for Italy, Greece, Albania, and Tunisia. Hoping to do more in the next few months.''

The rocker - whose real name is Ron Thal - also admitted when he gets together with the band's other guitarists DJ Ashba and Richard Fortus they don't tend to play their guitars.

He added to Geeks of Doom magazine: ''We haven't done a lot of that, sitting around with guitars showing riffs. We spend more time without our guitars, socially. We see enough of each other with our guitars!''