Eve is poised to release her comeback album, 'Lip Lock' - her first in nine years - this year. 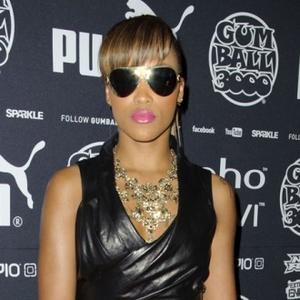 Eve will release he first album in nine years this year.

The 'Let Me Blow Ya Mind' singer started working on her comeback, 'Lip Lock', in 2007 and is desperate to get it out as there has been a nine year gap since her last album, 'Eve-Olution'.

Speaking at the launch party for the Gumball 3000 Rally at the Playboy Club in London, Eve told BANG Showbiz: "I've been finishing my record, which will be out by the end of the year.

"There's a lot of good people are on it. Swizz Beatz is on it, he's like my brother.

"MSTRKRFT are on it. It's kind of eclectic, not so much dance, but very hip-hop, with big beats.

"I just want to put out this record because I haven't had a record out in so long, and if a great tour comes up then cool, but I don't want to tour just for the sake of it."

The 'Who's That Girl' hitmaker also wants to see more females become popular in the hip-hop industry, because "there is too much testosterone," and wants older rappers to encourage talent, rather than starting feuds, as in the case of Nicki Minaj and Lil' Kim.

Eve said Kim calling her rival a "bitch" was a bad move, adding: "I think it's so stupid. If I were Kim's friend I would be like, 'You need to stop'. Because we were all the new girl at some point, so you need to celebrate each other, not hate each other."

The Gumball 3000 Rally leaves London today (26.05.11) with contestants racing to Istanbul in Turkey. 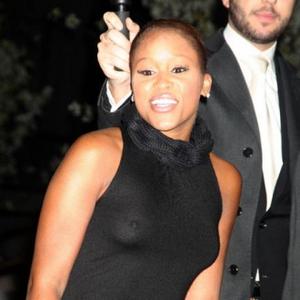