Guillermo Del Toro's Pacific Rim Sequel Has Been "Indefinitely Delayed" After Studio Bosses Officially Pulled The Film From Its 2017 Schedule. 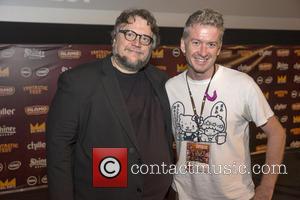 The follow up to the 2013 original had been slated to hit theatres in August, 2017, but it was recently rumoured to have been pushed back.

Now Universal bosses have confirmed plans to postpone the Legendary Pictures project, but they insist the date move is simply to allow Guillermo and his team extra time to perfect the sci-fi action sequel.

"The filmmakers, Legendary and Universal Pictures are committed to having Pacific Rim 2... be the vanguard, fully-immersive experience that the franchise deserves," they say in a statement. "To this end, the decision was made to delay the production and release of Pacific Rim so that the creative team can continue in its efforts to exceed the amazing experience of the first film."

Meanwhile, Guillermo remains confident the project will come together in due course.

"As far as I'm concerned, Pacific Rim 2 is not cancelled, just postponed," he tells Variety.com. "Right now, we have to put a budget and screenplay together, present it to Universal and Legendary, and they will make a decision (on a new release date)."

Pacific Rim 2 has been replaced on Universal's release schedule by another sequel, musical comedy Pitch Perfect 3, bumping it up from its previous September, 2017 date.

News of the delay emerges three months after Guillermo passed on the chance to direct his passion project Justice League Dark in June (15) to focus on Pacific Rim 2.

"Warners liked the script, they were very enthusiastic and wanted to green-light it but they wanted it to coincide with the shoot of Pacific Rim 2," he told TheDailyBeast.com. "I was put in a very difficult place facing a difficult choice, and I chose to do Pacific Rim 2."

Warner Bros. officials have yet to name a replacement director for Justice League Dark, which is separate from Zack Snyder's Justice League franchise. His upcoming movie will feature Man of Steel's Henry Cavill as Superman, Ben Affleck as Batman, Gal Gadot as Wonder Woman and Jason Momoa as Aquaman.