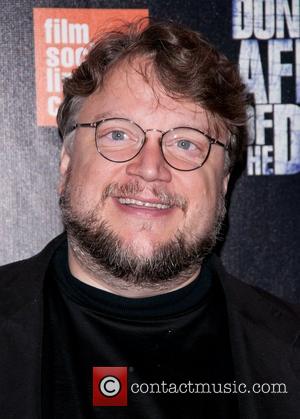 Of the opinion that U.S television is saturated with vampire dramas? Well, then one more can’t do any harm now can it? Pans Labyrinth director Guillermo Del Toro seems confident enough to go head-to-head with The Vampire Diaries et al, as he’s bringing his novel trilogy ‘The Strain’ to FX.

According to Deadline.com, multiple cable networks were sniffing around the show, though it was FX who ultimately landed the project, ordering a pilot episode that will be co-written, directed and executive produced by del Toro himself. If picked up, the show is likely to have a limited run, with Del Toro saying he believes the books (the first of which was released in 2009), have enough juice to full three to five seasons. The premise certain appears likely to lend itself well to television – the first book opens with a Boeing 777 landing at JFK with no communication or signs of life. Protagonist Eph Goodweather is called in and discovers that all the passengers are dead – he also finds that a strange being has been aboard the vessel. The television networks and movie studios first came knocking at the door immediately after the release of the first book, though Del Toro rejected them flat-out, unwilling to compromise the writing of the subsequent books.

FX will continue to use its method of commissioning a pilot with additional scripts, meaning the project can go into production of season once the first episode is complete. Guillermo Del Toro is a busy man, with no less than eight projects on the go. He is set to write, direct and produce a new version of ‘Pinocchio’, with Harry Potter star Daniel Radcliffe.

Guillermo Del Toro Announces 'Pacific Rim 2', But Is Anyone Excited?