We compare the two summer giants

Before Guillermo Del Toro’s Pacific Rim was released, Michael Bay seemed to take a little pot-shot at him, bemoaning all the ‘rip-off’ robot movies around and imploring fans of that genre to stick with Transformers – the franchise he brought to the big screen with a huge budget back in 2007. The thing is, Bay's movies took tons and tons of cash at the box office. The first, in 2007, took over $700 million. The second took more, while the third took over $1 billion. The Kaiju are a formidable foe

Pacific Rim got nowhere near the Transformers movies following its opening week at the box-office. According to the Hollywood Reporter, it opened to around $37 million - a troubling number given the tentpole's massive $190 million-plus budget, not including a pricey marketing campaign.

The problem for del Toro and Legendary Pictures lies with the heavyweight movies set for release later this week, amongst them Jeff Bridges and Ryan Reynolds' R.I.P.D, Red 2 and the Kristen Wiig comedy Girl Most Likely. Pacific Rim could be heading the way of The Lone Ranger.

"We are far, far, far away from that in a very willing fashion," del Toro said in response to Bay’s apparent jibe. "For good or bad, this is my movie. This is my universe and my creation, and I do not create through comparison." Funnily enough, Bay is reported to have been talking about other franchises, but that didn’t stop del Toro having a little dig at his production values. "The fights don't occur in well-lit, supercool, car commercial-looking environments," he said. "They occur in the middle of a raging sea storm or in a savage snowstorm. They happen in a universe that is incredibly saturated."

Check out the trailer for Pacific Rim

Of course, there are differences between the two films, but considering both of them feature huge robots slogging it out to save mankind, we thought it would be pertinent to compare the two, so here goes nothing. We’ll be comparing del Toro’s epic apocalypse-cancelling picture with the 2007 Transformers, as it seems to be the fairest way to do things. 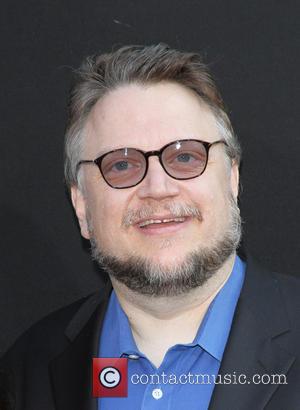 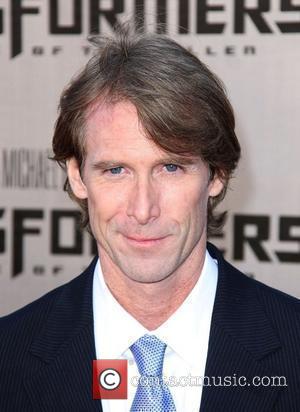 While many directors and actors will say they don’t read reviews of their own work, you can bet they have a sneaky peek now and then. Luckily for us, and possibly not for them, Rotten Tomatoes collate all those reviews and put them in one handy place. Pacific Rim is currently basking in a ‘certified fresh’ rating having garnered an impressive 84% - something the film’s stars Charlie Hunnam and Idris Elba won’t mind knowing. For Bay’s Transformers, the critics weren’t so kind. 57% and a green splat mean it’s officially a rotten film. This one goes to del Toro.

Stacker Pentecost (Elba) looks on as the Kaiju destroy another Jaeger

While the ‘Jaegers’ – the gargantuan robots that fight the disastrous monsters called Kaiju – aren’t particularly original in their aesthetic, with their human form and recognisable features, the core plot point of the film is. They may look like the Transformers at first glance, but we shouldn’t forget that Bay was simply rebooting a franchise and not creating one. Pacific Rim features alien beings sent to destroy the earth from the very deepest crevices of the ocean, and that wins it the originality category. Sorry Bay, but it’s pretty rich for you to be talking about rip offs. To control the Jaegers, soldiers have to fight in unison

This is possibly the most important aspect, according to the studios anyway. These big-money blockbusters are handed merchandise, spin-offs and even sequels based on how the box office acts. Unfortunately, Pacific Rim hasn’t opened yet, so Transformers wins this one by default. But with the best of three won already, we’re pretty sure del Toro won’t lose any sleep over it. Early predictions suggest that Pacific Rim will achieve something around the $30m mark, which will probably see it go on to break even with the $180m budget after a worldwide release. Transformers grabbed an impressive $97m when it opened back in 2007, and went on to make $1.2b from the worldwide market. Looks like Pacific Rim didn’t stand a chance anyway.

Wherever you stand on the Pacific Rim v Transformers debate, you’ll have to agree our scientific ‘best out of three’ method was the best way of sorting them out. Fans of Transformers will undoubtedly go and see del Toro’s latest summer blockbuster and make their own minds up, so let us know what you think in the comments below.