Filmmaker Guillermo Del Toro Had To Pass On The Chance To Direct His Passion Project Justice League Dark Because The Production Schedule Clashed With His Plans For The Pacific Rim Sequel. 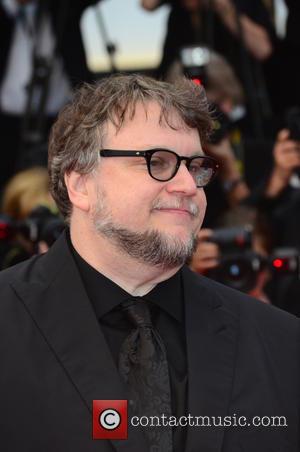 Picture: Guillermo Del Toro - A host of stars were snapped as they took to the red carpet for the 68th Annual Cannes Film Festival and...

The Mexican director has been working closely with Warner Bros. producers for more than two years to develop the live-action version of the popular DC Comics books of the same name, but last month (Jun15), it was revealed Del Toro had departed the project.

No reason was given for his exit at the time, but now the moviemaker has opened up about his decision to walk away from the film, admitting he faced a tough choice as he had already committed to shooting Pacific Rim 2 ahead of a 2017 release.

Del Toro tells TheDailyBeast.com, "Warners liked the script, they were very enthusiastic and wanted to green-light it but they wanted it to coincide with the shoot of Pacific Rim 2. I was put in a very difficult place facing a difficult choice, and I chose to do Pacific Rim 2."

Warner Bros. bosses have yet to comment on their plans for the Justice League Dark film now that Del Toro is no longer attached, but the movie is separate from Zack Snyder's Justice League franchise, which will feature Henry Cavill as Superman, Ben Affleck as Batman, Gal Gadot as Wonder Woman and Jason Momoa as Aquaman.

The Justice League Dark comics launched in 2011, and originally featured the supernatural characters John Constantine, Madame Xanadu and Deadman, among others.