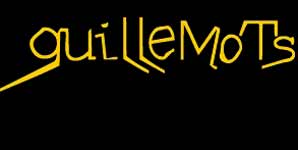 The Scala is a small, intimate venue so even the crowd at the back had a fantastic vantage point to witness one of the hottest acts on the circuit this year.

Supported by doleful Irish folk band The Kittens, the Guillemots made what I'm told is a typically boisterous entrance to warm up an audience already buzzing with anticipation.

Having performed with the support act for their last song, the band led by Fyfe-Antony-dangerfield-were already in place, when Arista, Greig, MC and other members of the troop made their way to the stage.

The band, led by a man with a megaphone and a drummer banging metal tins together circled the audience passing through the fans and just inches away from myself. The set opened with one of the best songs from their forthcoming album 'Trains to Brazil'.

One of the best live acts i've seen perform, Fyfe Antony interacted with the awe inspired crowd with the air of a man that knew he had them in the palm of his hand. Yes the insane drummer Greig, bass playing Arista and lead guitar MC totally out of rhythm at times but that was the point and like it or not they oozed fun.

At the end of the gig, Guillemots were given an ovation so great they were inspired to come back and reward the doting audience with at least three more songs.
Some people compare Guillemots to Coldplay but I know who I'd rather see.
Buy their album. See them live at all costs.

The Guillemots Want To Play On The Moon

Guillemots - I Must Be A Lover Video