Review of Heartbeats Album by Grum

Hard to believe it, but six years have gone by since the release of Destroy Rock N' Roll, the commercial dance meisterwork of Hebridean/Californian Mylo. A mass of sun-kissed future disco with a sample-adelic glaze of eighties FM soft rock choruses, it's recycling ethos set the tone for the half decade that followed in certain circles and clever licensing meant that it never seemed to go away. 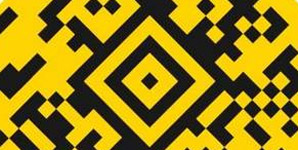 Leeds-based scot Graeme Shepherd is an obvious disciple of his fellow countrymen's belief that fundamentally feet are there to be moved and brains can catch up later. He doesn't exactly keep his powder dry either, opener Through The Night loaded with Guetta-esque hooks and chugging retro synth vamps that'll have you reaching for your shoulder pads and Sinclair C5 keys. Oh, and let me take the opportunity to apologise on his behalf now; you're going to have be hanging with Osama Bin Laden all summer to avoid having your brain annexed by the album's title track, it represents perfection of the form, right from the Casio-plonking opening notes to its maddeningly addictive one word chorus. I haven't been able to take it off repeat for a week.

Those DJ types who spend their time hanging round in smelly record shop basements peering at Belgian vinyl will hate much of Heartbeats, although when Sheppard wants to make things a bit more cerebral he manages to give Metro Area a run for their money (On The Really Long One) whilst Can't Shake This Feeling and Turn It Up are slices of Into The Groove-era Madge at her sassiest.

In the last few years there's been an inescapable feeling that dance music has been co-opted by indie types - stand up James Murphy and Alexis Taylor - whose junior record boxes were fuller of Kraftwerk than Chic. Grum, just like Mylo, is all about groove, not aesthetics, and although the cover of David Bowie's Fashion is a horrible, death-by-vocoder train smash, on the basis of everything else here the likes of Calvin and Deadmau5 had better start looking over their shoulders now.