Writer-director John Hamburg continues to recycle the formula that made his first hit Meet the Parents so wildly popular, as this comedy pits two very different men against each other. And while it's never terribly clever, at least James Franco and Bryan Cranston are imaginatively cast as opposite forces. So audiences in search of escapism will find plenty to chuckle at as things spiral ludicrously out of control.

Cranston plays Ned, who travels with his wife Barb (the fabulous Megan Mullally) and teen son Scotty (Griffin Gluck) to Silicon Valley to spend the holidays with older daughter Steph (Zooey Deutch) and meet her boyfriend Laird (Franco). What they don't know is that Laird is an internet millionaire with absolutely no filter in how he interacts with people. Almost everything he says is inappropriate, and yet it's so honest that it's disarming. Still, Ned and Barb aren't too happy that their daughter is so serious about dating this guy. And with the help of his sidekick Gustav (Keegan-Michael Key), Laird goes completely over-the-top to impress them.

Much of the humour is of the gross-out variety, with the main running gag centring on an actual toilet. But at least the jokes aren't about embarrassment this time; they're about the clash between people who prefer to keep their true feelings bottled up inside and someone who can't help but be real, despite the fact that he shocks everyone he meets. This makes each person a little more complex than expected, and gives the actors some texture to work with, even though the script never bothers to even crack the surface. And while Cranston and Franco have more obvious comedy set-pieces to contend with, the film is stolen by Mullally and Key in roles that are more subtly hilarious and broadly amusing, respectively.

Continue reading: Why Him? Review

In this screen adaptation based on the novel written by James Patterson, Rafe Khatchadorian is introduced as the main character who doesn't deal well with authority so when he is transferred to an oppressive middle school that has a book full of rules he can't help but break them.

After the head teacher destroys Rafe's book of drawings that mean the world to him, he enlists the help of his best friend, Leo, to hatch a plan to break every rule from the code of conduct. The narrative follows the two boys on their journey to complete this task and deals with themes of romance along the way as Rafe struggles to keep his feelings towards Jeanne under cover.

In this coming of age American Comedy we see Rafe dealing with his wild imagination that in turn lands him in trouble with his teachers and threatens his place at the school. 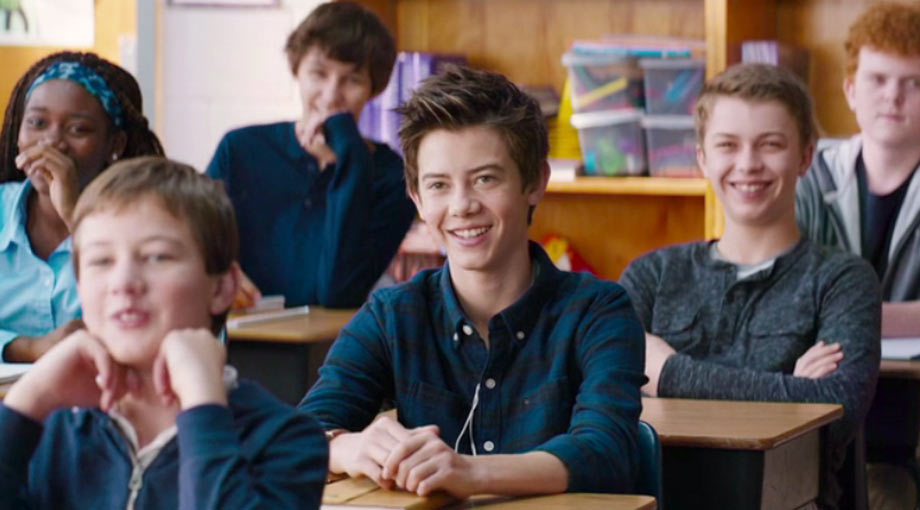