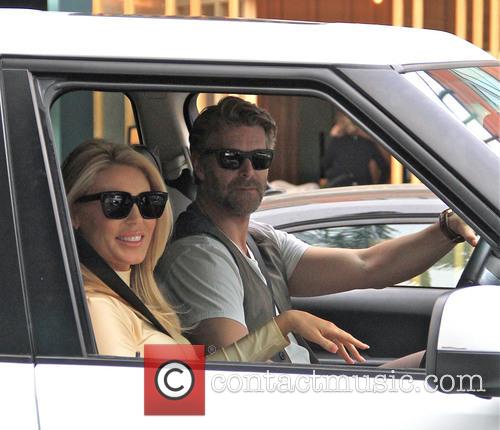 'The Real Housewives of Orange County' star Gretchen Rossi and her partner Slade Smiley are photographed together on the red carpet at the Macy's Passport 'Glamorama' charity fashion event which took place at the Orpheum in Los Angeles. Gretchen looks her usual striking self in a black crop top and black and white striped pencil skirt.

'Real Housewives of Orange County' stars Gretchen Rossi and Lydia McLaughlin appeared on the red carpet at the Macy's Passport 'Glamorama' fashion fundraiser event where they both wore eye-catching outfits. Gretchen wore a black plastic crop top with a striped black and white pencil skirt, while Lydia covered her midriff with a higher-waisted red skirt that skimmed the floor. 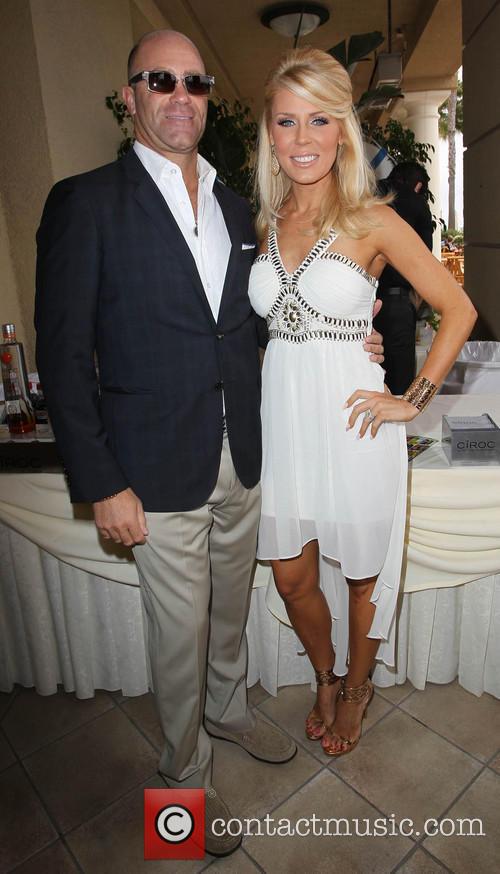 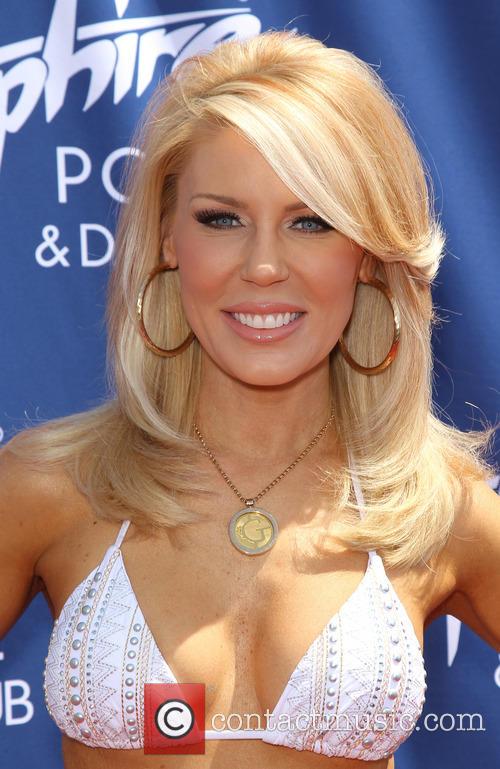 Bravo held its annual Upfront event earlier this month with Centre 548 being the venue for this years ceremony. Celebrity chef Roble Ali was one of the stars on the red carpet, with the much coveted young chef also on hand to cater the event.

Also in the line-up at the event were the stars of Million Dollar Listing Josh Altman, Josh Flagg and Madison Hildebrand, with Hildebrand sporting an oversized Arabian influence scarf over his formal suit. TV executive Andy Cohen and the female ensemble from The Real Housewives of Orange County were also present from the event

Gretchen Rossi, the American television personality and star of 'The Real Housewives of Orange County', spotted out and about with friends in Beverly Hills, Los Angeles. Rossi briefly chatted with photographers, admitting she felt "sad" for the man whose wife cut off his penis and threw it in the garbage disposal.

Gretchen was quizzed about the recent story that shocked America, in which a Californian woman drugged her husband and cut off his genitals. The reality star said, "I was very, very sad, I was like.oh my god, I was saying.if you lose your penis, that's very sad". When pressed on her upcoming projects, Rossi replied, "I'm on a reality show, you know all my secrets"
1
Gretchen Rossi