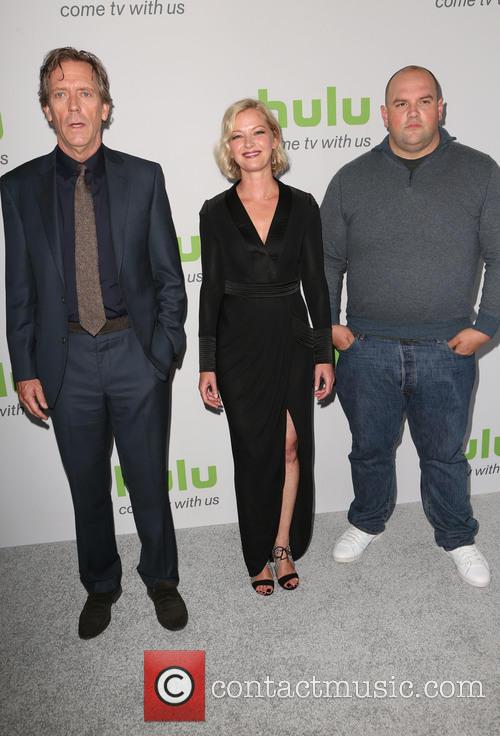 Gretchen Mol - A variety of celebrities turned out in numbers for the 2015 Tribeca Film Festival as they attended the Premiere of 'Anesthesia' at BMCC in New York City, United States - Wednesday 22nd April 2015 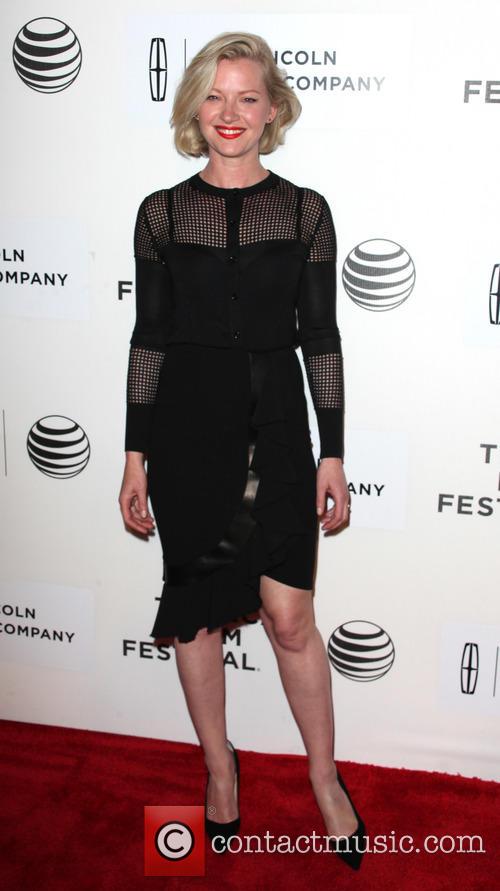 Keira Knightley continues to open up as an actress with this sparky comedy. As in Begin Again and The Imitation Game, she taps into her own lively personality to create a punchy character who's loose, likeable and prickly. And while the film has a warm, engaging tone that's often both honest and funny, it also feels somewhat contrived as it pushes Knightley's character into corner after corner. As with films like Humpday and Your Sister's Sister, director Lynn Shelton takes a spirited idea and ends up playing it oddly safe.

It's set in Seattle, where Megan (Knightley) is in her late-20s, horrified to see her close circle of friends settling down into predictable lives involving marriage and children. So when her longtime boyfriend Anthony (Mark Webber) proposes, just as she discovers that her dad (Jeff Garlin) has cheated on her mom, Megan makes a run for it. At a convenience shop, a group of teens asks her to buy some alcohol, and suddenly she has a new best friend in Annika (Chloe Grace Moretz). As they bond, Annika invites Megan to stay at her house. So Megan invents a story about attending a self-help conference and lays low, hanging out with her new teen gang like it's the good old days. But Annika's single dad Craig (Sam Rockwell) begins to challenge Megan to realise that perhaps there are benefits to growing up.

Yes, it's obvious from the moment Megan and Craig start bickering where this is headed. And these predictable plot turns feed into the standard rom-com structure of the screenplay, right up to climactic scenes at both an airport and the prom. There isn't a single surprise along the way, but Knightley's breezy performance is more than enough to carry the audience with her on this odyssey. Effortlessly charming even when she's being a jerk, she develops a wonderful improv-like chemistry with both Moretz and Rockwell, while the bit players add plenty of texture to each episodic sequence.

Gretchen Mol - Stars were photographed arriving at the Opening night of 'This Is Our Youth' at the Cort Theatre in New York City, New York, United States - Thursday 11th September 2014 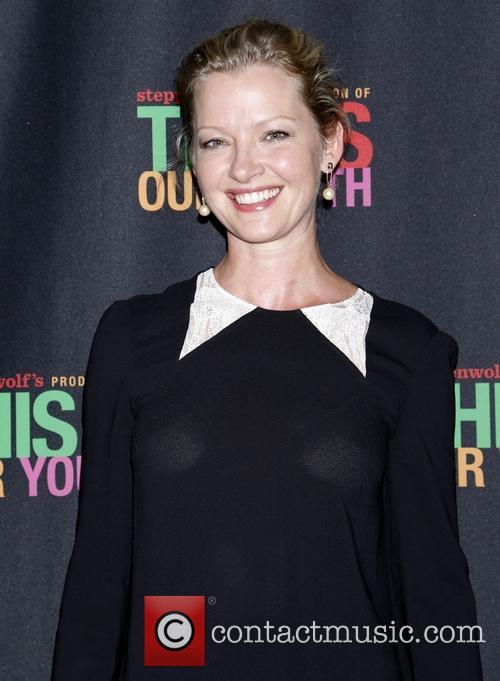 Megan (Keira Knightley) is 28-years-old and she still hasn't got any sort of long term plan for her future. She earns a living as a sign flipper at her dad's business and is still dating her boyfriend Anthony (Mark Webber) from high school. After attending a school reunion, the realisation that her life appears to be at a standstill grows in intensity when he tries to propose marriage. After escaping the party, she bumps into Annika (Chloë Grace Moretz); a 16-year-old girl trying to find someone whose willing to buy them alcohol. She decides to stick around with her and moves in with her for a week to clear her head after lying to her boyfriend about business trip. Annika's father Craig (Sam Rockwell) makes his reservations about a woman in her late twenties hanging out with his teenage daughter known, but soon warms to her as a spark ignites between them. 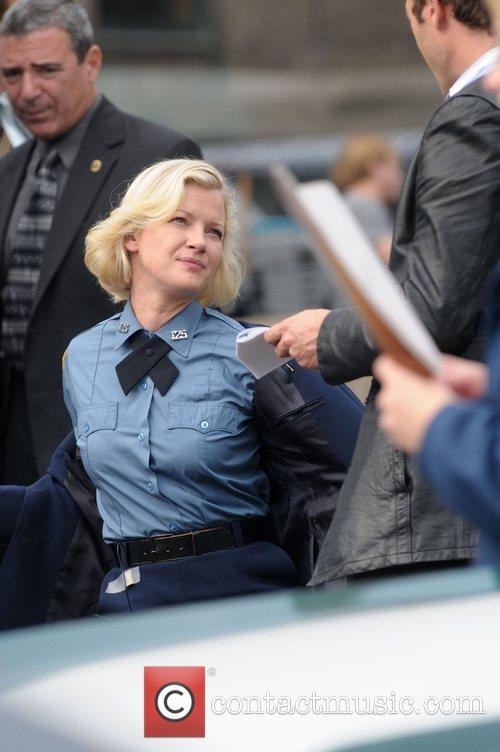 Whether she knew it or not, Bettie Page was breaking a lot of taboos when she started posing in bondage films and photos (maybe she knew but just decided to not care?). Current trends in modeling, including Dita Von Teese and Suicide Girls, often cite Page as an inspiration for their work. In Von Teese there is a certain comparison, but Suicide Girls, whether they like it or not, are not celebrating taboo. If anything, they are destroying taboo and making everything normal, even the strange and macabre. The trick with Page was that she didn't really see it as a bad thing; she never had it in her mind to exploit the idea of "the bad girl." Whether this was on director Mary Harron's mind when she opted to take on the life story of Bettie Page is up for debate.

Raised in Tennessee to a strict, religious family and a father with a fondness for bathing suit areas, Bettie Page (Gretchen Mol) is set to become a teacher at college when she marries an army man and promptly leaves him when he hits her. After being sexually assaulted by a group of men, she makes her way to New York City to become an actress. The moment of fate comes when an off-duty police officer and amateur photog decides to take her picture. Soon enough, she's being sought out by famous photographers like Bunny Yeager (Sarah Paulson) and specialty photography siblings Irving and Paula Klaw (Chris Bauer and Lili Taylor, respectively). Her friends, mostly male, are astonished by her nonchalant attitude towards nudity and bondage. She just sees it as "silly pictures," but the Senate, led by Senator Estes Kefauver (David Strathairn, absolutely wasted), thinks it's warping the youth of America. Mostly, Bettie just wants to make a nice, God-fearing life for herself with a man who doesn't judge her.

By Robert Marley
Excellent
Growing up can be difficult no matter what era you are from. Of course, how many of us have heard the old "when I was your age..." speech from someone older than you? But even though the years may move forward, the more things change, the more they can stay the same, as evidenced by this self-proclaimed "semi-autobiographical" look at growing up in the 50's, presented by screenwriter Marshall Karp.

Just Looking is the story of Leny (played perfectly by Ryan Merriman) who is a boy like any other 14 year old, curious about sex. So much so that his goal for the summer of 1955 is to see two people "engaged in the act of love" as he puts it. But his innocent curiosity ends up getting him caught and his mother (Patti LuPone) and stepfather decide to ship him off to "the country" (also known as the Bronx) where he meets a new set of friends who just happen to share a similar interest.

The Shape Of Things Review After the somewhat senseless Your Friends and Neighbors and the bafflingly bad period piece Possession, LaBute has at last returned to his roots with the kind of story that made In the Company of Men such a kick in the nuts. 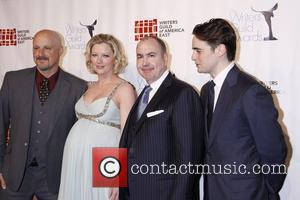 The Shape of Things Movie Review

Whether she knew it or not, Bettie Page was breaking a lot of taboos when...

The Shape of Things Movie Review

Neil LaBute, you're a cruel, cruel man.After the somewhat senseless Your Friends and Neighbors and...