A New York comedy with vivid characters and a contrived plot, this feels rather a lot like a Woody Allen movie. Although writer-director Rebecca Miller keeps it rather cute and silly, avoiding the more pointed issues raised in her script. Still, the snaky, farcical story is very entertaining, and the witty performances from the terrific cast make it well worth a look. 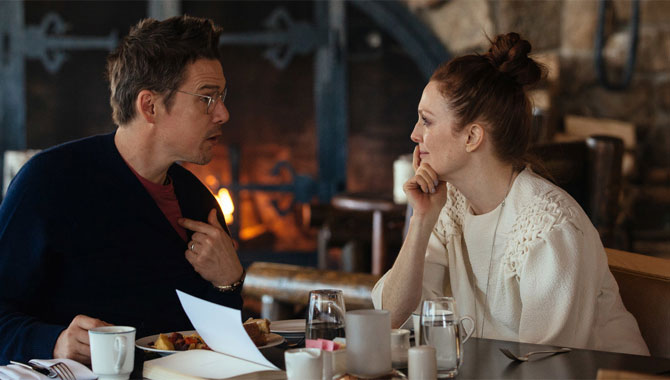 Greta Gerwig plays Maggie, a woman who has given up on finding the perfect man, so she sets out to have a child using a donation from a pickle entrepreneur (Travis Fimmel). Then just after she has the fertilisation procedure, she falls for her fellow professor John (Ethan Hawke), who's looking for a reason to leave his haughty Danish wife Georgette (Julianne Moore). Three years later, Maggie and John are settled down with their toddler daughter. But Maggie is frustrated that John has become aimless, unable to finish his long-in-the-works novel. She's also somehow ended up raising his and Georgette's kids (Mina Sundwall and Jackson Frazer). So she hatches a plan to get Georgette to take him back.

The premise is ingenious, and Miller fills it in with colourful characters and lots of detail, plus several convenient twists and implausible turns of the plot. This keeps the film from ever becoming more than a bit of nutty fluff, but at least it's entertaining fluff. Gerwig and Hawke are superb as self-involved people whose relationship develops in surprisingly resonant ways. Both are sympathetic but not hugely likeable in the way they remain oblivious to everyone around them, and watching them interact is a lot of fun. But the entire film is stolen by Moore in a hilariously spiky turn as the high-maintenance Georgette, who peers imperiously through her riotous array of furs and scarves but can only barely hide the fragile person inside.

Maggie's has always been practically minded and now that she's in her thirties and has decided that it's time to have a child, the small issue of not having a partner isn't going to stand in her way. She's never really experienced being head over heels in love so when she meets John Harding (an aspiring novelist) their instant connection comes as a shock to the sometimes bookish Maggie.

As Maggie and John's relationship becomes more and more serious, Maggie seeks advice from her best friends. Falling for John isn't just a usual case of starting a relationship, John has many other people to consider - namely his wife and kids. John has been married to a Danish academic for years but over recent times, the couple have become more and more distant.

Soon John realises that Maggie is a source of inspiration for him and he's ready to move on from his prior life. We fast-forward 2 years down the line and the couple have a child but Maggie isn't quite as head over heels in love with the man she thought John was. Maggie cannot bring herself to leave John and decides to come up a highly unconventional way to try and find a solution to her current predicament.

Chappie premieres just before it opens, while Cinderella hosts a lavish red carpet in L.A. Ethan Hawke and Greta Gerwig are spotted filming in New York, and trailers tease films about the Beach Boys, an ageing Sherlock Holmes, immortality and an old lady living in a van... 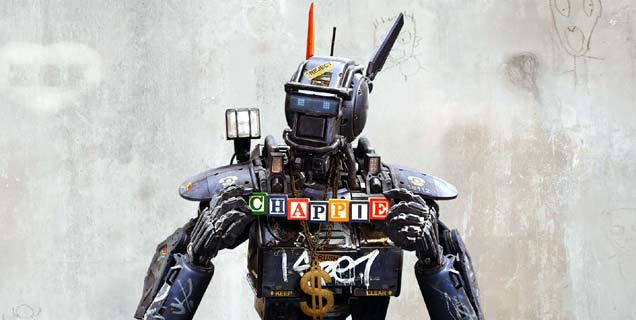 Neill Blomkamp's new film Chappie held its world premiere this week in New York, just a day before before it opened around the world. Blomkamp (who previously made District 9 and Elysium) was present along with stars Hugh Jackman, Sigourney Weaver, Sharlto Copley and Dev Patel.

The CBS entertainment chairman simply said, "there were elements on the pilot that didn't work out," when explaining why the television network didn't order the new sitcom.

CBS shocked the television world on Wednesday (May 14th) when they passed on the much talked about sitcom, 'How I Met Your Dad.'

A pilot of the show, a spinoff of the hugely successful 'How I Met Your Mother,' was ordered by CBS last November (2013), but it creators, Carter Bays and Craig Thomas, along with Emily Spivey, failed to captivate the network's executives.

But after casting names like Meg Ryan and Greta Gerwig, why did the pilot not get picked up?

Continue reading: The Reason Why CBS Didn't Pick Up The 'How I Met Your Dad' Pilot

What was wrong with the 'How I Met Your Mother' spin-off?

How I Met Your Dad will not be making its debut on CBS this year after the network failed to be blown away by the spin-off pilot that Carter Bays, Craig Thomas and Emily Spivey presented. CBS ordered the pilot from the How I Met Your Mother creators before the long-running hit comedy came to an end this season. 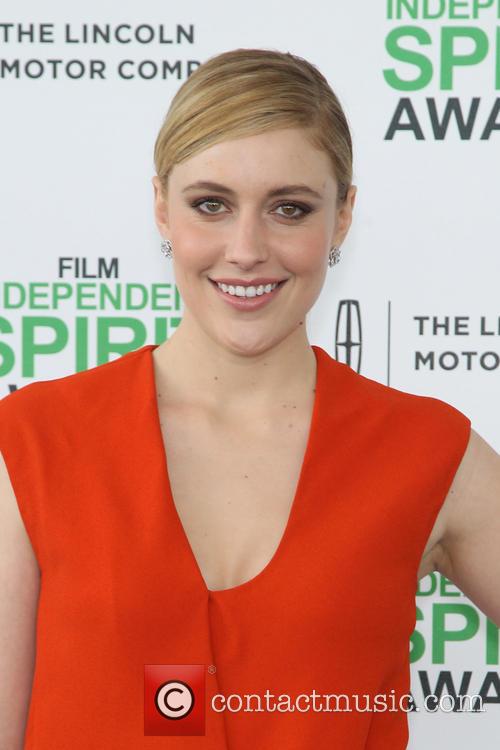 Greta Gerwig Takes The Lead In 'How I Met Your Dad.'

The new concept sees Greta Gerwig play the equivalent of Josh Radnor's Ted Mosby whilst Meg Ryan provides the voiceover as Bob Saget did in the original show. The story follows Gerwig as Sally who recounts the tale of how she met her children's father throughout the proposed series.

Continue reading: 'How I Met Your Dad' Stalls After CBS Doesn't Bite Pilot

By Stephanie Chase in Music / Festivals on 12 February 2014

Greta Gerwig is the next Ted Mosby, so what better time to brush up on our knowledge of the indie actress.

Now that Greta Gerwig's been cast in the lead of 'How I Met Your Mother' spin off 'How I Met Your Dad' the indie actress is taking a big leap into the mainstream. However before she gets just too famous to keep up with, here are ten facts about the actress to impress your friends with. 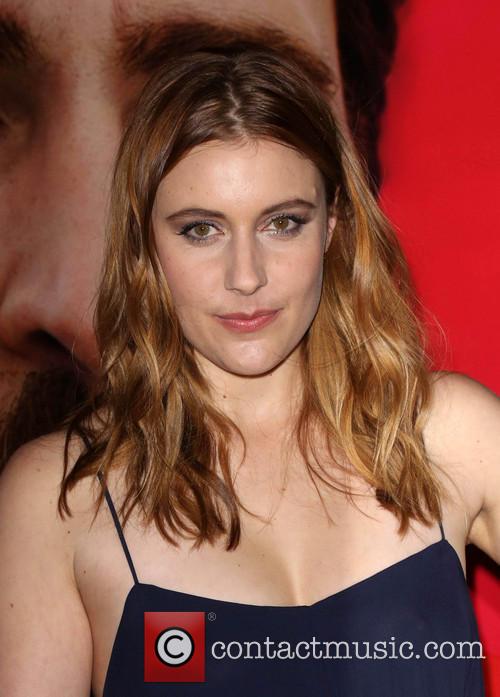 1.Greta is a California girl really. She was born in Sacramento, where her mother worked as a nurse and her father worked in a bank. She then went on to study at the all-female Barnard College in New York where she switched from a degree in dance and music to English and philosophy.

Continue reading: How I Met...Greta Gerwig: Ten Facts About The 'How I Met Your Dad' Star

Gerwig has been cast in the somewhat questionable series.

Not only is How I Met Your Dad being made this year – well, the pilot is anyway – it already has its lead too. According to E!News, Greta Gerwig has been cast for the upcoming pilot. Now, the show itself might be a bit ill-advised (How I Met Your Dad sounds just like the kind of project a network develops to squeeze out the very last bits of profit from a show about to end) but with actress/writer/director/producer/all-round Renaissance lady Gerwig attached to the project, there might be some life in the spin-off yet. 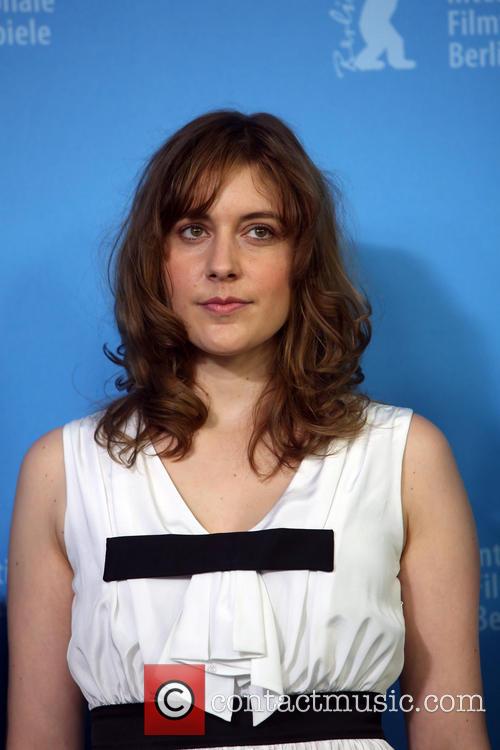 Gerwig's is the first casting to be announced. There might be hope for this project yet.

Gerwig has been chosen for the role of Sally – a sweet and free-spirited lady in her late twenties, whose biggest issue is that she’s afraid of growing up. Sounds painfully relatable for a large majority of twenty-somethings. There’s a twist from the original too – unlike Ted, Sally is already married at the beginning of the show. According to creators Carter Bays and Craig Thomas, she and the audience will quickly realise that marriage isn’t really the right choice for Sally. So with the help of her friends, Sally will go on a quest, full of bad dates and (hopefully) hilarious antics.

Continue reading: With Greta Gerwig Cast As The Lead, The Upcoming HIMYM Spin-Off Might Still Stand A Chance

Could Frances Ha join the race for the Oscars?

Noah Baumbach's new move Frances Ha is easily one of the best reviewed movies of the year. A 93% fresh score on review aggregating website Rotten Tomatoes sees in climb inside the year's Top 20, though most critics agree that Greta Gerwig's performance as an apprentice dancer in New York is the year's best.

Shot in black and white, this overtly cool indie-flick tale follows Frances and her best friend Sophie. When the latter moves out of their shared apartment to live with another friend, Frances is forced to figure her life out.

There's shades of Greenberg here, though whereas Ben Stiller was the focus in that movie (despite Gerwig stealing every scene), it is the 28-year-old from New York who maintains her position as one of the world's finest actresses.

'To Rome With Love' stars Woody Allen (also director and writer of the film), Alec Baldwin and Greta Gerwig arrive at the special screening sponsored by Italian liqueur Disaronno for the movie presented by The Cinema Society with news publication The Hollywood Reporter and jewellery designer Piaget at the Paris Theatre. The Hollywood Reporter interview Baldwin on the red carpet before the press take his photo.

Whit Stillman and Greta Gerwig, the director and star of the upcoming Damsels In Distress respectively, discuss their own college days, the two key themes of the film - suicide and depression and what's next for the two now that filming has finished.

Despite it's dark subject matter the film has already been lauded by critics for the use of humour inherent within the film as well as the innocence and realism felt by the cast. Released later this month, the film also stars Adam Brody, Analeigh Tipton, Megalyn Echikunwoke, Carrie MacLemore, Hugo Becker and Ryan Metcalf

Violet and her friends, Heather and Rose, are students at the formerly all-male Seven Oaks University. Their mission, while they are students there, is to rid the campus of the 'male barbarism' that is still around. They also run the suicide prevention centre, where they help depressed students with the aid of donuts and tap dancing.

Arthur Bach is a man who's always had everything he wants, from driving around in the Batmobile to his floating bed and music lessons with Kanye West whatever Arthur wants he gets. Many would say, Arthur is a child stuck in a man's body and he would be if it were not for his faithful lifelong carer, Hobson, who's his best friend and perhaps the only one who truly believes in Arthur's potential. There's also Bitterman, Arthur's driver who is his general partner in crime when it comes to getting up to things a billionaire shouldn't be seen doing.

Watch the trailer for Greenberg 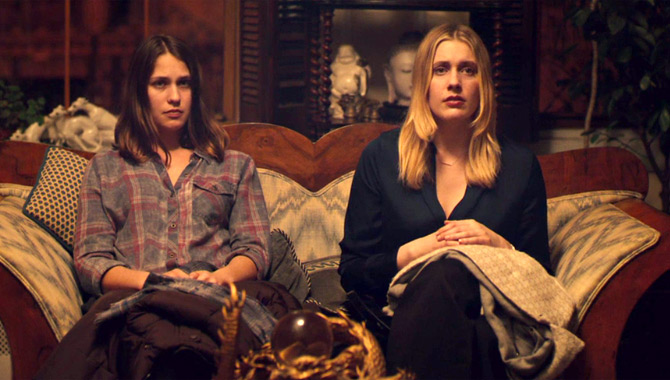 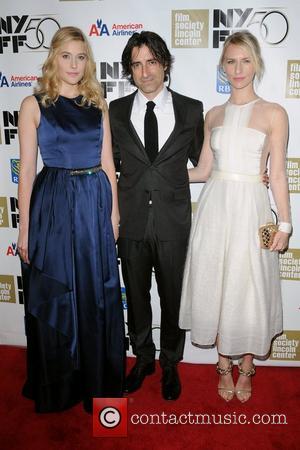 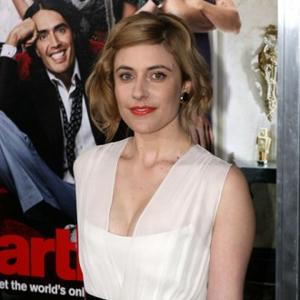