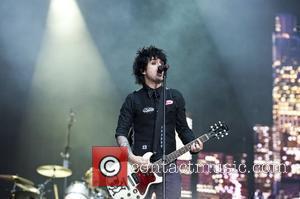 Guitars signed by Green Day, Bruce Springsteen, Bob Dylan and Slash are hitting the auction block as part of a star-studded charity auction.
Country legend Glen Campbell, Eddie Van Halen and Maroon 5 have also autographed guitars to raise money for Stuart House, a California treatment centre for rape victims.
Jessica Simpson is donating a year's worth of shoes from her line, while Alice Cooper will play a round of golf with one lucky bidder and Guns N' Roses star Matt Sorum has offered up a one-hour drum lesson.
A Katy Perry doll signed by the California Gurls hitmaker is also up for grabs, as are visits to the sets of hit TV shows including Grey's Anatomy and Mad Men.