Green Day's Amy Winehouse tribute is a reminder of ''the consequences of the party.'' 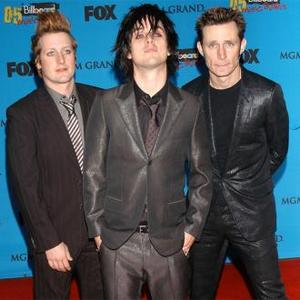 Green Day's Amy Winehouse tribute is a reminder of ''the consequences of the party.''

The second of the group's forthcoming three albums, '¡Dos!', ends with a song called 'Amy' - written for the late singer following her death of accidental alcohol poisoning a year ago - and singer Billie Joe Armstrong believes it is a fitting finale for the ''party'' record.

He told NME magazine: ''I didn't know her, I just thought it was a real tragic loss. It's interesting because if you think about '¡Dos!', it's a party record and so at the end of it maybe 'Amy' kind of comes across as the consequences of the party.''

Billie Joe admits he felt ''really sad'' after 'Back to Black' singer Amy died because she was a direct link between today's teenagers and the soul music of previous generations.

He explained: ''I just thought her music and her taste in music was so connected to old soul music and the original Motown and Otis Redding and Sam Cooke and things like that.

''And I think that was a major loss because that was a generation's connection to that, and this was someone who should be here now and I just felt really sad.

''Oh my God, this huge musical figure that just got lost and, you know, that sucks.''

Green Day's album trilogy, '¡Uno!', '¡Dos!' and '¡Tre!' will be released between September and January next year.