Donald Trump is no hero in their latest visual.

Green Day have never exactly been quiet about their feelings on Donald Trump, but they've taken their opinion of his upcoming inauguration to the next level with a scornful video for their new song 'Troubled Times', which features a rather unflattering representation of the president-elect. 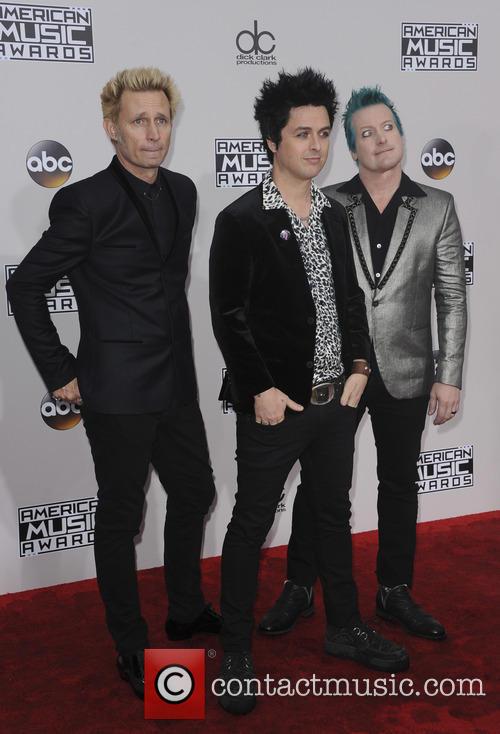 The lyric video for the politically-charged track - designed by Manu Viqueira and David Rodriguez Simón - strings together a montage of images with references to slavery, racism, Islamophobia, the proposed 'wall', sexism and atomic bombs, while Donald Trump is featured as a flailing figure with razor sharp teeth and his face obscured by a mass of yellow hair under a red 'Make America Great Again' cap.

It's not the first time Green Day have made their feelings about Donald Trump known. In November they performed their single 'Bang Bang' at the American Music Awards and also paid tribute to punk band MDC by echoing their recently re-worked 1982 song 'Born to Die', where they changed the lyrics from 'No war/ No KKK/ No fascist USA' to 'No Trump/ No KKK/ No fascist USA'.

Both 'Bang Bang' and 'Troubled Times' are from Green Day's latest album 'Revolution Radio' which they released in October 2016 via Reprise Records. The album reached number on in both the US and the UK, making it their first album to do so since 2009's '21st Century Breakdown'.

The band; who are Billie Joe Armstrong, Mike Dirnt and Tré Cool; are currently on tour in Europe where they'll be until February, including a date at London's O2 Arena. Then they'll embark on their North American run of dates from March to April, Australia and New Zealand in May, and back in Europe in June for festival season where they'll perform at BST Hyde Park, Pink Pop Festival in the Netherlands and Hurricane Festival in Germany. August and September see them back in North America for their second leg there.