Green Day's Billie Joe Armstrong wants to work on another musical following the success of the band's 'American Idiot', which opened last year. 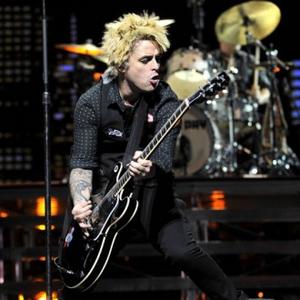 The singer and guitarist with the 'Boulevard Of Broken Dreams' group worked with his bandmates - Mike Dirnt and Tre Cool - extensively on transposing their 2006 album 'American Idiot' to a stage show on New York's Broadway, and said he'd really like the opportunity to work on another.

He told The New York Times: "I think I'd be interested in the future of really getting into writing specifically for a show, that's something I'd really love to do."

Billie Joe, 38, added he feels his skills as a writer suit the stage, adding: "The kind of music that I like is very immediate and very catchy, and you identify with it quickly, and I try to write that way. And in musical theatre it's the same thing - you identify with the songs immediately. The good ones anyway."

The 'American Idiot' musical has run from April 2010 to present and been hailed a success, picking up a six accolades including two Tony Awards last year, and enjoying reasonable ticket sales.