The 41-year-old musician's type of cancer was fortunately caught early, so doctors are hoping "he should make a full and speedy recovery."

The longtime touring guitarist from punk rock band Green Day, Jason White, has been diagnosed with tonsil cancer, so the group have therefore asked their fans to send him some "positive healing vibes." 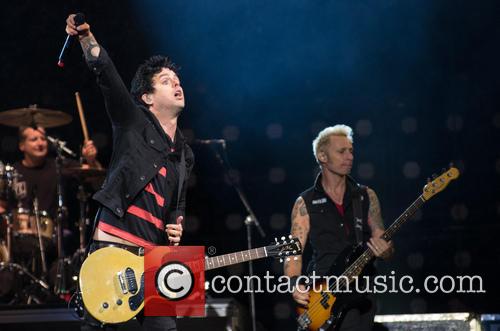 Green Day's touring guitarist has been diagnosed with tonsil cancer

White's illness was announced via a Facebook message posted on Friday (Dec 5th), which read, "We have some news to report regarding our brother Jason White, and wanted you to hear it from us before word spread."

The Grammy Award-winning band then went on to say, "Jason recently underwent a routine tonsillectomy, and his doctors discovered a treatable form of tonsil cancer. Thankfully they caught it early and he should make a full and speedy recovery. Please join us in sending him love and positive healing vibes during this time."

According to Rolling Stone, White first joined Green Day onstage in 1999 during their Warning tour as their second guitarist. The 41-year-old musician remained part of the line-up for all subsequent tours, eventually becoming the lead guitarist for the band's live shows, and in 2012 he was named as an official member.

Fortunately, since White is expected to make a full recovery, Green Day fans could get excited at the prospect of new music in 2015. The band's frontman Billy Joel hinted at releasing an album in the new year last month after he posted a photo of an image reading "Green Day 15" with the caption "I'm in a hardware store in Queens. And this is on my mind."

2015 is already going to be a big year for the band as they will be inducted into the Rock and Roll Hall of Fame in this coming April.