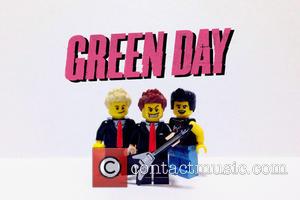 Picture: Green Day - Adly Syairi Ramly, a self-proclaimed music and LEGO junkie, has transformed the toy brand's famous figures into some of the world's most...

The American Idiot hitmakers announced the news on their official website on Friday (05Dec14), writing, "We have some news to report regarding our brother Jason White, and wanted you to hear it from us before word spread. Jason recently underwent a routine tonsillectomy, and his doctors discovered a treatable form of tonsil cancer. Thankfully they caught it early and he should make a full and speedy recovery... Please join us in sending him love and positive healing vibes during this time."

White has been involved with the band since the early 1990s and became their touring guitarist in 1999. He became a full-time member in 2012.