Their lead single performance featured a tribute to MDC.

Green Day truly invoked the spirit of punk with their performance of single 'Bang Bang' at the American Music Awards this weekend. It was an energetic, politically charged show that topped all the performances of the night including those of Lady Gaga and Twenty One Pilots. 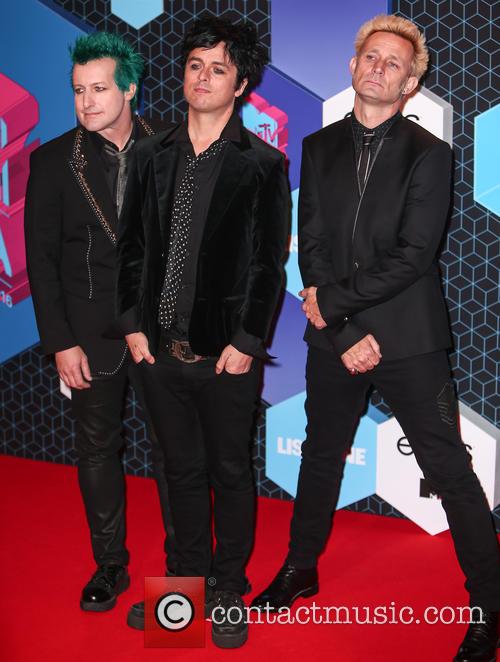 The song 'Bang Bang' is the lead single from Green Day's recently released twelfth studio album 'Revolution Radio', but it wasn't the song that caused such a buzz last night (November 20th 2016). Green Day made their feelings about Donald Trump becoming president-elect very clear with their MDC tribute mid-track.

Austin punk band MDC recently unveiled a video for a new recording of their 1982 song 'Born to Die', changing the lyrics of 'No war/ No KKK/ No fascist USA' to 'No Trump/ No KKK/ No fascist USA'. It was a chant that was allegedly heard at some of the anti-Trump protests in Chicago following the turn-out of the presidential election.

Green Day used those particular lines in their AMA performance of 'Bang Bang' to great effect. There's a poignancy to using lines from a nearly 35-year-old song; we've been singing about racial inequality for three and a half decades which suggests quite plainly that we are at something of a saddening standstill.

There was some degree of tiptoeing around the issue of Donald Trump's controversial election during the night, though Green Day were by no means the only ones to speak out. Chrissy Teigen hit headlines when her comment on the situation was completely censored during the AMA broadcast.

While she was introducing her husband John Legend, she said: 'His songs are bigger than either of us and, on the heels of what's been a really interesting [f**ked up election] for all of us, I think we could all use a little love tonight.' Instead of just her profanity being bleeped out, the word 'election' was also extraordinarily censored.