The band were branded as callous for continuing their set, but they didn't even know anything had happened.

Music shows are supposed to be spectacular and memorable events, and for Green Day's audience at Mad Cool Festival in Spain this weekend it was certainly a night they will never forget. The concert was a disaster from the start when witnesses saw an acrobat performer tragically fall to his death. 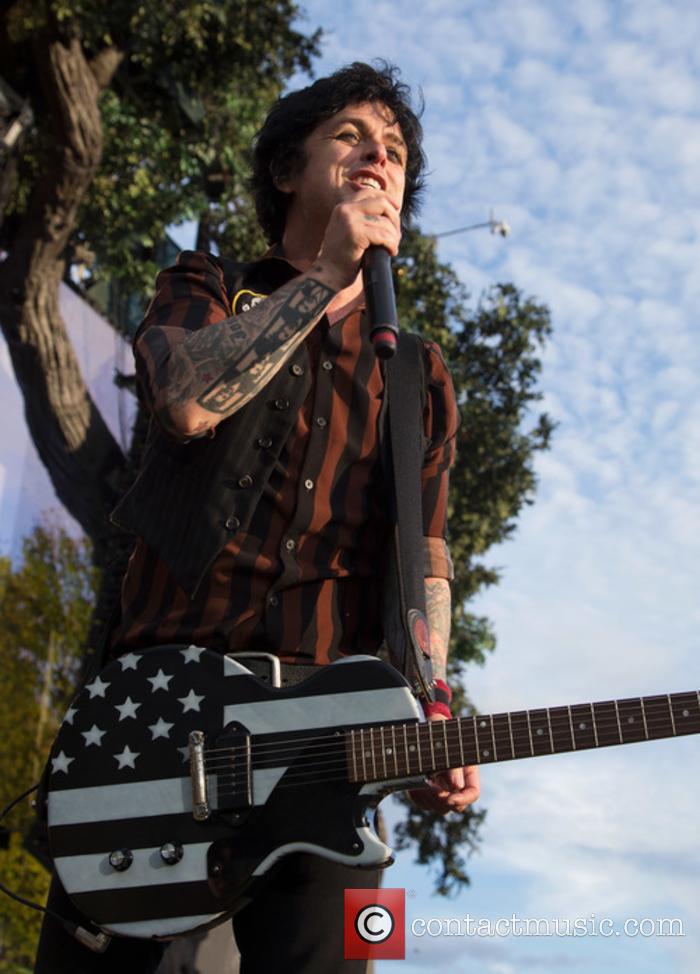 Green Day were headlining the event in Madrid on Saturday night (July 8th 2017) in front of 35,000 people when an acrobatic artist - who has now been identified as 42-year-old Pedro Aunion Monroy - dropped at least 100 feet to the ground only minutes before the band were due to go on stage, dying almost instantly from his injuries.

Hundreds of attendees took to Twitter to slam Green Day for brazenly continuing with their set despite the tragic accident, though now frontman Billie Joe Armstrong has released a statement revealing that they were unaware that it had even taken place as they were not informed until later.

'Many of you are wondering why we continued to play our show after the accident', he said. 'Green Day did not hear about the accident until after our show was over. We didn't even know there was an acrobat performance at all. These festivals are huge. There are so many things happening at the same time it's impossible to keep up with every performer/artist.'

According to witnesses, Pedro was performing in some sort of cage suspended over the crowd as Prince's 'Purple Rain' played, with a safety harness around his waist. Fate intervened, however, and the harness snapped causing him to fall.

Billie went on to explain that they weren't even near the stage at the time of the incident. 'We were in a back stage compound about a half mile away from the main festival stage', he continued. '15 minutes prior our tour management was told by local authorities to wait to go on stage because there was some sort of security issue. Security issues are a normal occurrence and procedure at any show... we were NOT told why which is also normal.'

Billie described how they waited until they were given the green light before getting into their tour vans and making their way to the main stage for their final European show of their tour for which they were 'so excited to play our hearts out one last time'.

Two and a half hours later, after which they noticed nothing unusual about the crowd despite the fact that many spectators claimed to have walked out in disgust during the set, they were told of Pedro's fate back at the artist compound.

'All of us were in disbelief. I don't know why the authorities chose not to tell us about the accident before our concert. All we know is what was said after our concert', he added. 'If we had known prior to our performance we most likely would not have played at all. We are not heartless people. The safety and well being at any of our concerts absolutely comes first.'

Meanwhile, the organisers of Mad Cool Festival have also reached out with a public statement.

'We, the festival management, would like to publicly express our absolute grief and desolation regarding the incident that happened at the festival on Friday 7th July while choreographer, dancer and workmate Pedro Aunion was performing', they said.

They explained that they waited for his family's permission before posting a statement, and that it was down to an agreement from 'the state and local security forces' not to end the festival after the accident.

'In this situation it was officially deemed unsafe to have a large mass of people moving all at once, with the possibility of violent reactions, due to a sudden cancelation of an event of 45,000 people', they claimed.

'Throughout the night and since the tragedy, we worked together in a coordinated way with the healthcare professionals present at the event, as well as the emergency services of the city council and security team. A psychological unit was made available to the family.'