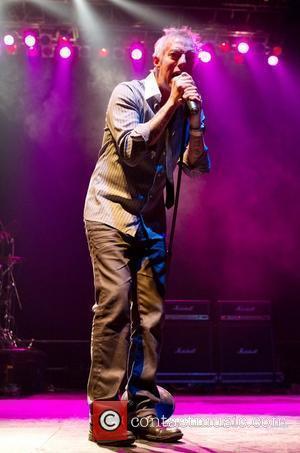 Jack Russell's former Great White bandmates are fighting back in the legal battle over the group's name by filing a countersuit against the singer, accusing him of lip-syncing on tour and becoming dependent on painkillers.
The rocker filed a lawsuit last month (Mar12) claiming he was fired by his colleagues after he underwent surgery in 2011 for a perforated bowel and was forced to miss a number of dates on the band's 25th anniversary tour.
He has accused his bandmates of unfairly forcing him out of the group and using the band's name with his replacement, Xyz star Terry Ilous.
However, lead guitarist Mark Kendall, drummer Audie Desbrow and keyboard player Michael Lardie have now hit back by filing a countersuit at a federal court in Los Angeles on Tuesday (24Apr12).
The rockers claim Russell's health deteriorated in recent years due to an alleged dependency on prescription pills, which affected his voice and his ability to perform.
The lawsuit, obtained by Blabbermouth.net, states, "By 2000, Russell's voice had deteriorated. Unable to perform adequately for an upcoming European tour, Russell suggested that the band play to pre-recorded music and lip sync entire concerts... The first show of Russell's lip syncing tour was in Spain. By the third song, the audience realised the band was not playing live and began heckling the band..."
The papers also accuse Russell of breaking a promise to his bandmates by attempting to trademark the band name and then using it to perform with his new group Jack Russell's Great White: "(We decided that) no one member could use the name Great White. If anyone was voted out of the band, it had to be by majority, with that member keeping royalties earned prior to termination, with no future rights in the name."