The Turner Prize-winning artist attended the ceremony as his alter-ego, Claire.

Artist Grayson Perry has been honoured at Buckingham Palace as a Commander of the Most Excellent Order of the British Empire (CBE) in return for what he says was "30 years of hard graft," according to The Telegraph. 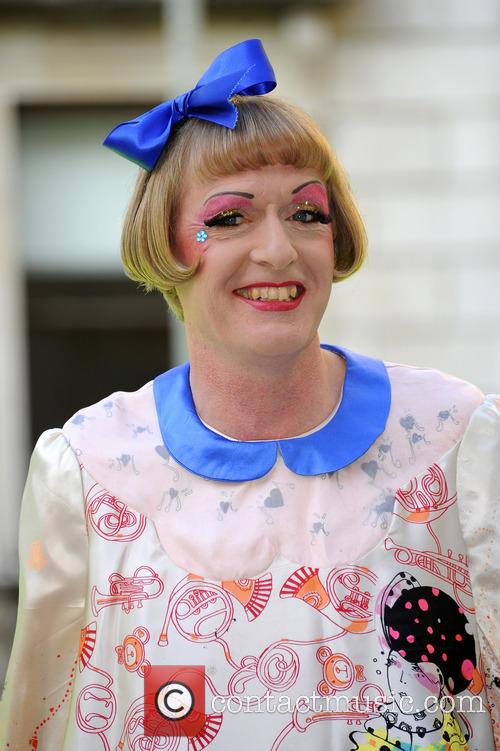 The self-styled transvestite potter arrived at the palace resplendent in a shimmering blue satin and lace dress and bolero along with an elaborate ostrich feather hat, described by Perry himself as an "Italian mother-of-the-bride" outfit.

Speaking after the ceremony Perry, who had been made a CBE as his alter-ego Claire said: ''Receiving this was great, it's not just for me it's for all the artists - no really it's just for me, for 30 years of hard graft.'' Perry once described Claire as "a cross between Katie Boyle and Camilla Parker-Bowles," a description that was rather appropriate for the occasion, where Prince Charles presented him with his honour. A spokesperson for Buckingham Palace said that Perry's "attire was entirely appropriate."

Jonny, Grayson @FloPerry and me at the Palace this morning. pic.twitter.com/4IhKIZCehX

The 53 year-old ceramicist has made his name with both his strong autobiographical artwork as well as for being one of Britain's most recognisable transvestites, who has had a strong television and art gallery presence in recent years. Last year saw the father-of-one deliver the BBC's annual Reith lectures where he explored the value of art and expressed his opinion of some of the most prominent British artists working today, including Damien Hirst. 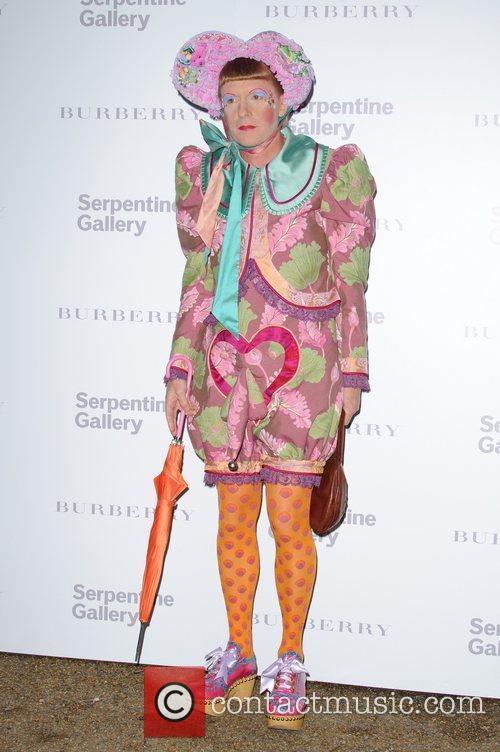 The Artist Reflected On His "30 Years Of Hard Graft."

''When I got the call (about the CBE) my first thought was what am I going to wear," explained Perry, adding "it's a serious thing I'm not going to compromise my identity as Britain's pre-eminent transvestite. I googled to see what people wore and went for the sexier end."

"I always do like the older woman who makes an effort," he said.