I think we're discovered the scariest supervillain of 'The Flash' so far...

It's only 6 episodes into season 2, but we honestly thought the latest episode of 'The Flash' - 'Enter Zoom' - would see the end of the superheroes arch enemy, but things are only getting more intense. Warning: spoilers ahead. Read no further if you haven't yet seen the sixth episode.

The Flash thought everything would go to plan with Zoom...

Zoom is proving to be a difficult guy to get hold of; unlike Barry Allen's (Grant Gustin) previous opponents, he prefers to take a backseat in the defeat, enlisting a host of other metahumans to do his dirty work. So far, Barry and the team have been successful in fending off all of them.

However, suspicion arose in episode 5 - 'The Darkness and the Light' - with the arrival of Earth-2 Harrison Wells, who seems intent on defeating Zoom and his army of metahumans, though Jay still doesn't trust him; of course who would, given the reputation of the first Dr. Wells? Nonetheless, it turns out he's telling the truth since Zoom has held his daughter Jessie hostage and the team attempt to decide on the best course of action to bring him down once and for all using Linda Park's (Malese Jow) evil Earth-2 twin Doctor Light as bait. 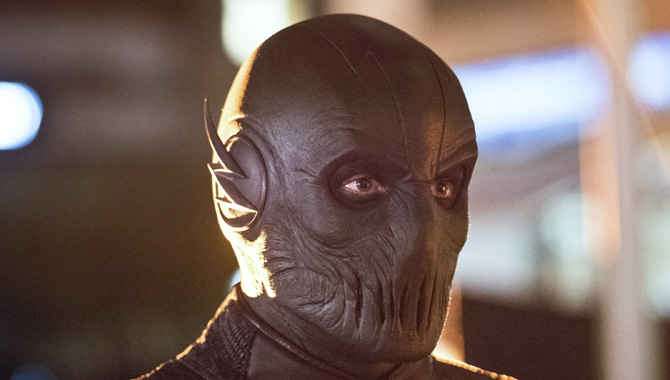 So it seems that the team are a bit screwed when Light turns invisible and escapes and they decide instead that the best course of action is to have Linda pretend to be Light instead. Yeah, a journalist with absolutely no metahuman powers. Needless to say, it doesn't work and Zoom delivers the biggest ass-kicking Barry has ever received in his entire life before easily escaping.

Linda only just manages to escape...

It's difficult to see where the team can progress after a pitfall of this extent; the Flash is now paralysed from the waist down having been stabbed by Zoom's hands, and the enemy barely suffered a scrape from Cisco's speed dampening serum.

More: Casting for The Flash in 'Batman vs Superman' is yet to be confirmed 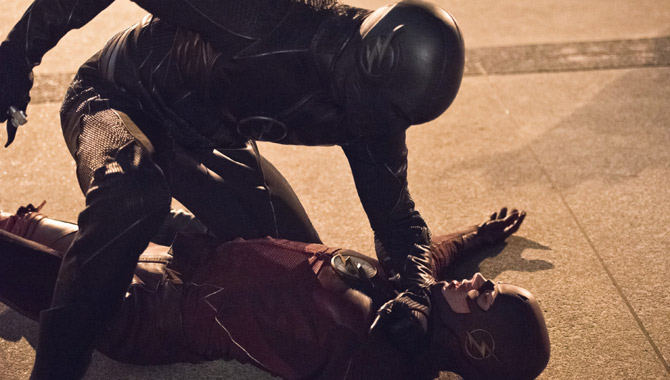 ... But The Flash is brutally wounded