Zac and Eva are two children closed off from the entire world, they live with their parents on a remote farm with little communication and little outside influence. Their mother is a loving woman who takes care of her family to the best of her ability, and does her best to keep the children away from their father.

Though their father loves them, his strict rules and regulations enforced on the children are far from enjoyable. Under the cover of nightfall Zac & Eva both enjoy nothing more than escaping the confines of the house for a few moments enjoyment. Believing his children have always had a special gift, their father's rule is one of very tough love though it begins to all become too much for the rest of the family.

One and Two stars Mad Men's Kiernan Shipka & Timothée Chalamat as Eva and Zac respectively and was shot in in Columbia, Missouri, in 2010. One & Two was directed by Andrew Droz Palermo and written by Andrew and Neima Shahdadi. 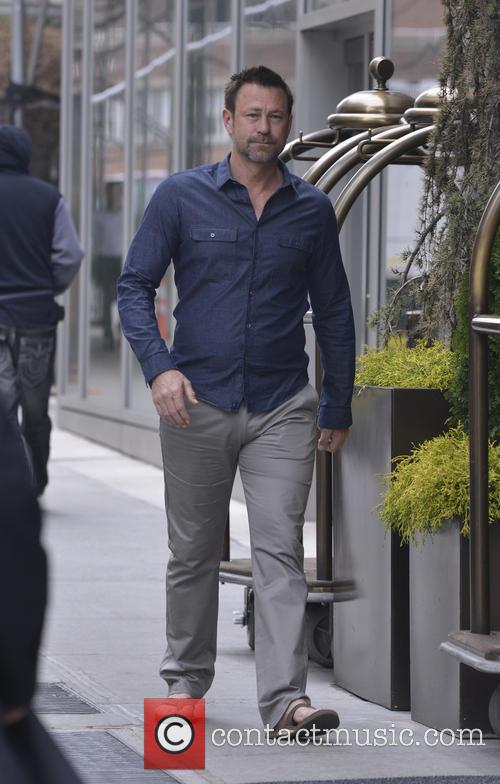 It looks as though the decision to cast Lindsay Lohan as Elizabeth Taylor in Liz and Dick was both an inspired choice and a terrible one, all at once. The very idea that Lohan may have turned in a credible performance seems to have become a laughable notion, as the show’s premiere draws ever closer (it airs tonight – November 25, 2012 – at 9pm ET, on the Lifetime network).

Anyone still clinging to the hope that Lindsay’s career may have ben saved and thrust back into the land of credibility, by taking on the role of an iconic screen gem, may as well just loosen their grip now, to save the friction burns. A review from People magazine gives the TV movie a paltry two stars out of four, but suggests the project was doomed – Lohan, or no Lohan. In fact, even though she won’t be winning any awards (“she attacks the part with a relentless, huffing-and-puffing determination that throws any acting technique under the bus”), her performance still “rivets attention” – albeit possibly for the wrong reasons.

Lohan’s bullish performance even manages to overshadow the “flawless” performance from Grant Bowler as Richard Burton. The producers of the show must have known that they were onto a winner, casting a ‘just-off-probation’ Lohan as the lead in this low-rent biopic. She was always going to attract attention and bump up viewer ratings… and hey, if she turns in a good performance, that’s even better, right?

Lindsay Lohan In Liz And Dick, Bitten Off More Than She Could Chew?

The run up to Lifetime's Elizabeth Taylor biopic Liz & Dick has been as controversial as Liz's own life, and as anticipated as any of her movies. Sadly, all this hype has largely been due to the problems that Lindsay Lohan, starring as the Queen of Hollywood, has garnered for the production.

From being found unconscious in her hotel room to the enormous insurance policy and 'what if' clauses in her contract the tabloids haven't been able to leave the Lohan stories alone. While her co-star Grant Bowler (you'll recognise him from Ugly Betty), who's playing Taylor's husband Richard Burton, believes Lohan was the right choice, preliminary reviews of the production disagree.

MTV report that Grant said, "I think it was a very smart decision on a lot of levels. And it has been interesting, because reading the press before we started, there was a lot of questioning, like, 'Why cast Lindsay as Elizabeth Taylor?' And then right from the start, by the very fact that the tabloids were running around after it, you had your answer."

Continue reading: Lindsay Lohan In Liz And Dick, Bitten Off More Than She Could Chew?

Lindsay Lohan’s Liz & Dick will premiere on Lifetime on November 25, 2012. Amidst the persistent tabloid dramas, it’s easy to forget that Lindsay Lohan has been trying to revive her ailing career. However, the 26 year-old was cast to play Elizabeth Taylor in the TV movie, which will explore the late Hollywood legend’s relationship with Richard Burton. Taylor is a popular character; the subject matter alone will be enough to draw in an audience but of course, curiosity is bound to get the better of scores of viewers, who will tune in to see what the troubled actress makes of the role.

Liz & Dick follows the tale of Elizabeth and Richard’s 25 year love affair, who married and divorced twice in their time together. Their relationship was renowned for being a turbulent and fiery one, beginning when they both starred in Cleopatra together. Starring opposite Lohan, as Burton, is the True Blood star Grant Bowler.

Of course, Lindsay Lohan has gone through her own fair share of turbulence recently. During the filming of Liz and Dick, Lohan crashed her Porsche into a dump truck and just a week later, had to be treated by paramedics for exhaustion and dehydration. Was it a sign of an excessive work schedule or something else? More recently, Lindsay was accused of hitting a pedestrian with her car outside a New York nightclub, though that matter appears to now be resolved.

Lindsay Lohan has given fans their first peak at the upcoming TV movie Liz & Dick with a brand new teaser trailer of the biopic of the former screen siren Elizabeth Taylor and her tumultuous relationship with actor Richard Burton. The trailer shows Lohan in a number of stills from the film as well as some clip of her and co-star Grant Bowler - who plays Burton - and is billed as the biggest television event of the year.

The biopic of Elizabeth Taylor has been a long time coming and due to be released on the Lifetime channel in November this year, after Lohan spent the summer filming it. Over the long filming schedule there have been a number of dramas involving the film’s star, Ms Lohan, including an incident where paramedics had to be called after she had been found unconscious in her hotel room. Lindsay had collapsed as a result of exhaustion following the long days of filming and later joked about the incident on Twitter. The actors' union, SAG-AFTRA, investigated the set during filming after it emerged that other members of the crew were suffering from exhaustion during filming.

Another incident occurred when the trailer that Taylor used during the filming of Cleopatra was trashed; presumably by Lohan and her friends, however she has not been found guilty of anything yet. 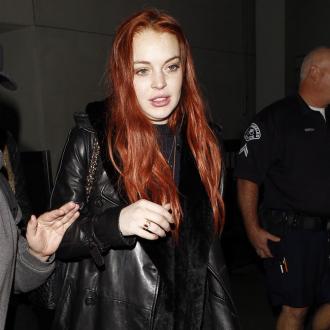