In one of the week’s most bizarre stories, Grandmaster Flash is now car-less thanks to a parking attendant.

Hip-hop legend Grandmaster Flash has been left without his beloved Dodge Charger after a parking attendant handed over the car’s keys to a man they thought was the rapper. New York City police are said to be now investigating the incident which took place in a Manhattan parking garage on Thursday. 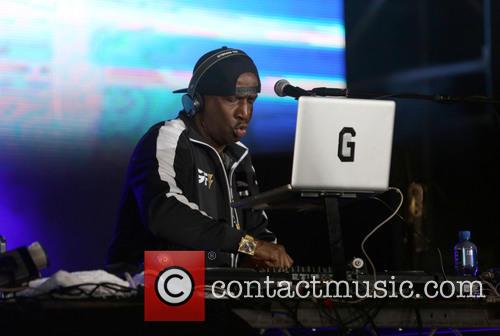 Grandmaster Flash is without his car thanks to a parking attendant mix-up.

The rapper vented his frustrations on Instagram telling fans, ‘The attendant gave my Whip to somebody that was Dressed like me minus the PUMAS if he knew that much of kicks WHY did he give the car up--- dude Had NO ID had NO Stub WTH.’

‘Had to get a Lawyer for this attendant Giving my car away to somebody that LOOKs like me,’ he continued. ‘To all my peoples stay with me this must be dealt with --the supervisor and their Lawyer are gonna go at it-- I put my car in a Garage in their care So the question If your car is Not safe in a Parkin garage then Where ???? I'm gonna get more on this’.

The 57 year old, whose real name is Joseph Saddler, has also said the car was packed with priceless vinyl and $50,000 worth of DJ-ing equipment. In an interview with TMZ Flash said, "I had three crates of records in the car - my vintage, because I'm doing a movie with Baz Luhrmann and I had to do a scene with my old-school vinyl, which is priceless to me."

More: See our pics of Grandmaster Flash performing at this year’s Wireless Festival

A NYPD spokesman has told ABC News that the rapper reported his missing vehicle 10:15pm on Thursday. According to the news channel the valet in question has now been fired from his job at the parking garage