Rap Pioneer Grandmaster Flash Is On The Hunt For His Beloved Motor After A Dopey Valet Handed The Keys Over To A Car Thief. 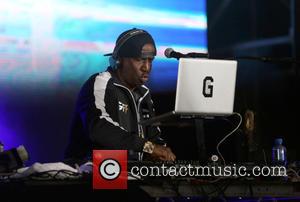 The Message hitmaker parked his Dodge Charger, nicknamed The Ghost, in a New York City lot last week (16Jul15) and gave the keys to the vehicle to the parking attendant in charge.

When he returned to pick up the car, it was gone - and the valet had to explain he'd given the keys to another man.

Police were called and Flash gave the officers a stolen car report.

The motor is still missing and the rap icon is now considering taking legal action against the parking company, according to TMZ.com.