Annually, the Grammys is one of the biggest events for music across America and in Europe. In fact, it has dubbed itself 'music's biggest night'. Celebrating the best in pop, hiphop, soul, R&B and much of what comes in between, it never fails to be a veritable who's who from the Spotify playlists of the masses. And this year will be no different. Not only are the nominees ones to look out for, absences are worthy of note, as are this year's presenters and some very special performances.

As Yahoo report, this year's presenters include Grammy royalty, Prince, Beyonce, and Jennifer Lopez, all of whom have been nominated or won Grammys before.

In terms of performances to look forward to, this year we have some unusual and largely unexpected pair ups. Elton John and Ed Sheeran will take to the stage together. An unusual pairing, they're both Brits with unusual song writing talent. While John is a true showman and is well known for his intereSting outfits and outrageous glasses, Sheeran is distinctly more low key. We're not sure how this is going to work, but we're guessing it'll be great. Bruno Mars, Sting and Rihanna will all also perform together, as will Alicia Keys and Maroon 5, and Dierks Bentley and Miranda Lambert. 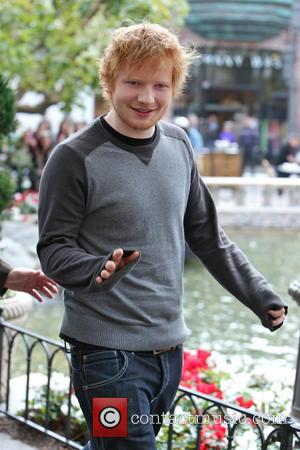 One of the most interesting elisions this year is Justin Bieber. Many music fans will be overjoyed by his absence, but Beliebers were furious, as was both the man himself and his manager. He'll not be missed too long though with further performances from Justin Timberlake, Frank Ocean, Jack White, the Black Keys, Mumford & Sons and Taylor Swift. Justin Timberlake and Jay Z will both be at the Grammys.

And the nominees? The most important part of the whole show? Well, this year's big winners are likely to be Frank Ocean, Jay-Z, Kanye West, Mumford & Sons and Fun. all of whom are nominated for 6 awards each. The Black Keys aren't far behind with five. This apparent year of the boys is broken up by strong female contenders in the form of Florence & the Machine, Taylor Swift, Kelly Clarkson and Rihanna. (MTV)

The 55th Grammy Awards will be held this Sunday, February 10th, and will be broadcast by CBS at 8pm.