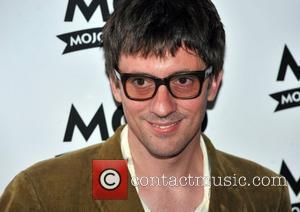 Graham Coxon has previewed material from his new album at the South by Southwest festival.

The former Blur guitarist played an acoustic set at the event in Austin on Thursday including a number of songs from his latest solo offering The Spinning Top.

The performance was Coxon's second at the American festival but was instructed to wear different eyewear this time by the sound technicians.

"I'm wearing different glasses today because yesterday the sound man said my pair were causing feedback," he told the crowd.

Coxon will join his former band-mates later this summer when Blur reform to play Glastonbury Festival.