British Rocker Graham Coxon Agreed To Record A New Album With His Blur Bandmates To Assuage His Guilt Over Walking Out On The Group In 2002. 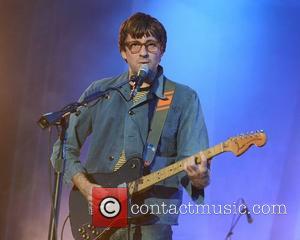 Guitarist Coxon quit the band during studio sessions for their 2003 album Think Tank, and the Parklife hitmakers went on hiatus before reuniting for a huge concert at London's Hyde Park in 2009.

Last month (Feb15), they stunned fans by announcing they will release their first new album for 12 years in April (15), and Coxon has now revealed he was determined to finish work on the record, titled The Magic Whip, to make up for his previously strained relationship with his bandmates.

Coxon tells Uncut magazine, "It's a complicated, emotional thing. I wanted to make amends for the ups and downs we've had over the years. Our friendships have got better. The music side of it, I still thought I had some mending to do."