Continue reading: Jamie Scott Is Opening For One Direction, But Who Is He?

Graffiti6 perform live at the Sam Boyd stadium, Las Vegas, for the Mix 94.1 FM sponsored Pet-A-Palooza festival for all pet lovers on Saturday 21st April. They wish the crowd a "Happy Record Shop Day" and encourage them to go out and support their local record store. Record Store Day began in 2007 when more than 700 record shops in the US united to celebrate their musical culture. Exclusively for Record Store Day, many artists release special records and other promotional merchandise.

By Jenn McCambridge in Music Reviews on 19 October 2010

What a colourful little package this is, a psychedelic rapture encased in a brightly laced CD brought to us by, singer/songwriter, Jamie Scott and producer TommyD. Quick fact: TommyD once produced Right said Fred amongst others, but don't let that put you off having a listen to Colours. An unlikely pairing brought together as an experiment 18 months ago. Having released an EP earlier in the year, the duo brings us Colours, their first full album. 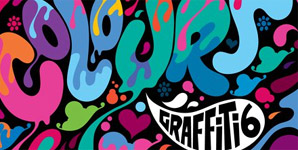 By Andy Peterson in Music Reviews on 17 August 2010

You can ignore the chintzy (Un) co-incidentals around the origins of their name - all of the members are all into graffiti apparently, and when they play live there's an even half dozen of them - Graffiti 6 are a band who it would appear are keen to make up for lost time. 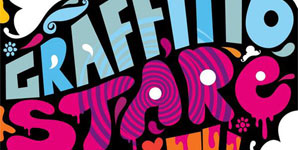 Graffiti6, Annie You Save Me Single Review

Formed 18 months ago by Tommy D and Jamie Scott, Graffiti6 hit unexpected success when the first fruit of their labour - 'Stare Into The Sun' - was picked to soundtrack an advert. Completed by third member Jimi Crayon, the act knuckled down to create a record which is due later this year, while the collective is also currently touring Europe. 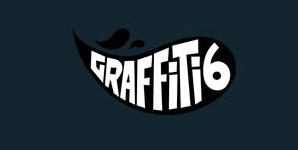 Continue reading: Graffiti6, Annie You Save Me Single Review

GRAFFITI6 - Webisode #4 (VEVO LIFT): Brought to you by McDonald's Video

GRAFFITI6 - Webisode #3 (VEVO LIFT): Brought to you by McDonald's Video