They'll perform at their brand new music event this summer.

Gorillaz have launched their very own one-day summer festival named after their second album. Demon Dayz Festival will hit Dreamland Margate in the coming months, with the electronic duo slated as the headline act of the day for their first live show since 2010. 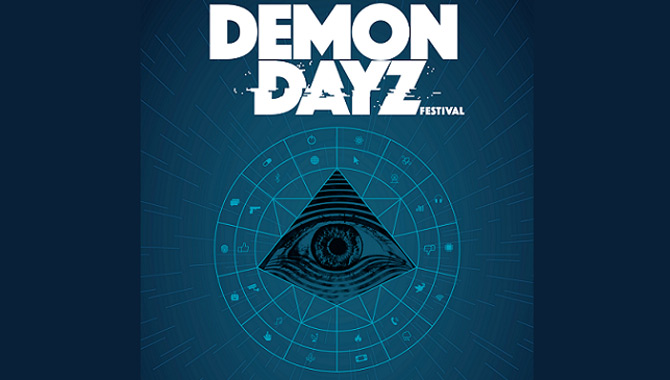 The band's founders Damon Albarn and Jamie Hewlett introduce three stages at the forthcoming event, where all fans will receive free admission to the amusement park alongside their festival pass. It will mark Gorillaz first time performing live since their sold out Plastic Beach World Tour seven years ago where they hit North America, Europe, Hong Kong, Australia and New Zealand. It was 2010 that also saw them make their spectacular live debut as 2D (vocals), Noodle (guitar), Russel Hobbs (drums) and Murdoc Niccals (bass) at Coachella Festival.

The festival is in partnership with Red Bull who will be broadcast the festival live internationally through Red Bull TV. The full line-up for the event is yet to be announced. 'Demon Days' was Gorillaz second studio album; released in 2003, it hit number one in the UK and included the hit singles 'Feel Good Inc.' featuring De La Soul, 'DARE' featuring Shaun Ryder and 'Dirty Harry' featuring Bootie Brown and the San Fernando Valley Youth Chorus. It was nominated for a Brit Award for Best British Album in 2006.

Gorillaz are expected to release their fifth studio album later this year, with a title yet to be announced. They have already dropped a new song, entitled 'Hallelujah Money', in January featuring Benjamin Clementine; the video for which you may remember featured a clip from the 'Spongebob Squarepants' episode 'Karate Choppers'.

Demon Dayz Festival will take place on June 10th 2017 at Dreamland Margate amusement park in Kent. Tickets are set to go on sale on March 10th at £60 plus a booking fee.