Damon Albarn says he and JAMIE HEWLETT will record as Gorillaz again once they put their spat behind them. 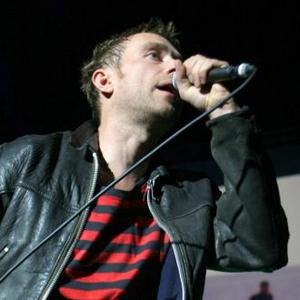 Gorillaz will make another record when Damon Albarn and JAMIE HEWLETT work out their differences.

The cartoon collective has been on hiatus ever since the collaborators had a huge row last year but Damon insists it is not the end for Gorillaz and he and Jamie will eventually put the spat behind them.

He told Metro newspaper: ''When Jamie and I have worked out our differences, I'm sure we'll make another record. We're been through too much for it to be that big of a mountain to climb.

''We've just fallen out like mates do sometimes. I'm not the only person to fall out with mates and then make up again. Everyone does it.''

Damon has also hinted that his Britpop band Blur will record again, claiming their concert in London's Hyde Park to mark the end of the Olympic Games, won't be their last, as previously hinted.

He said: ''I don't know how we'll feel when we play Hyde Park. Some days I feel one way and other days I feel the other. If you don't see something as a career but as an important part of your life, you don't know how you're going to feel about it. ''We want to put on a great performance but nothing's been said between us about the beginning or the end.''