Albarn: 'No Solid Future For Gorillaz' 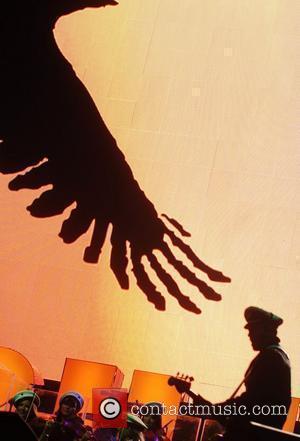 Gorillaz frontman Damon Albarn has shed doubt on the supergroup's future after revealing he and co-founder JAMIE HEWLETT have fallen out.
Just days after announcing his Britpop band Blur's summer (12) Olympics gig will be their last ever, Albarn reveals his other chart-topping act is also on an indefinite hiatus.
He says, "I think we (Albarn and Hewlett) were at cross purposes somewhat on that last record, which is a shame. So until a time comes when that knot has been untied...
"The music and the videos weren't working as well together, but I felt we'd made a really good record, and I was into it. So we went and played it."
The record, Plastic Beach, featured guest spots from Bobby Womack and Mos Def. Albarn recently produced soul icon Womack's comeback album The Bravest Man In The Universe.