Dance duo Gorgon City made waves with 'Ready For Your Love' featuring MNEK, but are you ready for their debut album?

London producers Kye Gibbon and Matt Robson-Scott have banded together to form a new electronic project, Gorgon City, which sees them fuse together elements of house, D&B and garage to create their distinctive pop sound. The duo were originally individual artists in their own right, known as Foamo and RackNRuin, before they signed to Black Butter Records (Rudimental, Joel Compass, Kidnap Kid) as Gorgon City. 2012 saw them release their debut EP 'The Crypt', which was soon followed up by their 'Real' EP featuring Manchester born singer Yasmin on the title single. The track gave them their first real taste of success as it entered into the UK Singles Chart and even made the top 10 in the Indie Chart. Selling more than 47,000 copies in the UK, 'Real' was landed with the 'Record Of The Week' title from Radio 1; a feat that was soon to be repeated with third single 'Intentions' featuring Clean Bandit.

Their most successful effort so far has been their 2014 single 'Ready For Your Love' featuring MNEK which, as well as peaking at number 4 on the Singles Chart, has received phenomenal radio support including being named Zane Lowe's Hottest Record In The World. It's just as well it has too, given how long they've been sitting on it. 'We made the song in June 2013, and we would have liked the song out a little earlier, but it all just comes to planning', they explained to us in an interview. 'It took a while for it to be ready, but it feels like it's a good time to be released now.'

Watch the video for 'Ready For Your Love':

As for why they think it has done so well with both critics and fans? 'I think having MNEK on it was a big part as there's a lot of love and respect for him', they told us. 'It's just crazy how talented he is, and he is so young'. Gorgon City will be releasing their much anticipated debut album later this year too, which will also feature collaborations with Maverick Sabre, Laura Welsh, Bi-Polar Sunshine and DC. The DJs admit that their musical partners play a big part in their work as they all work together on songs from scratch. 'We found we worked best with bringing artists into the studio with us whilst we are producing; rather than recording the song and then sending it to them', they said. 'We feel that doing this gives them a lot of free-reign and gets the best out of them.'

Watch the video for MNEK's stripped cover of 'Ready For Your Love':

So aside from something a little different in each track, what can we expect from this debut offering? 'Some people might be surprised to be honest', they reveal. 'It's not just a straight up dance album. We've experimented with lots of beats and styles and not just standard house.' Whatever that means, it's sure to be something sensational if it follows through with the super-catchy, seductive club vibes of 'Ready For You Love'. As DJs, Gorgon City insisted that they have learned a lot about music and production despite having little knowledge in the way of musical instruments, and we're betting their expertise is going to shine brightly on this record.

Having previously hit up festivals such as Glastonbury, Isle Of Wight Festival, Boardmasters and Global Gathering, Gorgon City will hit the festival circuit again in 2014 for Australia's Future Music Festival, Texas' SXSW, Austria's Snowbombing and Miami's Winter Music Conference. They're also hoping they can top last year's live shows with a European tour with Rudimental ('It's just going to be a lot of partying', they've confessed) having already done an Australian run with electronic band alongside some memorable shows at Ibiza Rocks 2013 and not forgetting 'Mandela: Long Walk To Freedom' star Idris Elba's party.

Their debut album is expected to be released in June as a joint venture with Virgin and EMI records, and they're pretty confident about what this year has to offer: 'We were absolutely blown away by what we achieved by the end of 2013, and that feels like a warm-up for what 2014 is going to bring'. 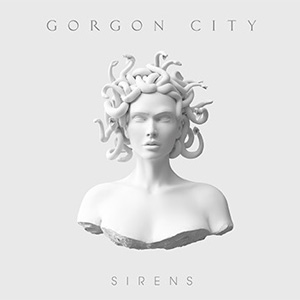 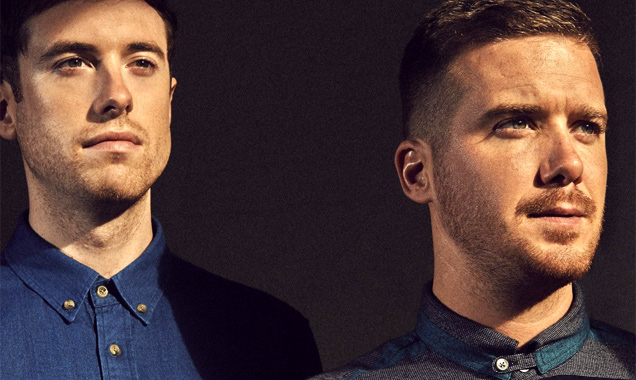