Ramsay Late For Obe Date With The Queen 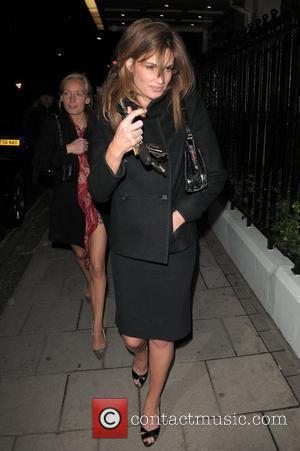 Celebrity chef Gordon Ramsay has been appointed Officer Of The Order Of The British Empire (OBE) from Queen Elizabeth II - but almost missed the prize giving when his plane was delayed. The foul-mouthed kitchen connoisseur picked up the award in his native Scotland yesterday (05JUL06) accompanied by his wife TANIA, daughter MEGAN and mother HELEN. But the HELL'S KITCHEN star confesses he was terrified he'd miss the Edinburgh ceremony after his flight was held up. He says, "I was getting nervous when we were on the runway for an hour. My flight was 55 minutes late in taking off." As well as his unpunctuality, Ramsay also fears the Queen noted his unruly attire when he ditched his tie after receiving the honour. He explains: "I kept it (my tie) on for the most important part. I would never attempt addressing the Queen with no tie on."