Gordon Ramsay to teach Bradley Cooper how to cook

TV chef Gordon Ramsay is set to teach Bradley Cooper how to cook for his role in John Wells' upcoming film 'Chef', which sees him play a drug-addict foodie trying to open a Michelin star restaurant. 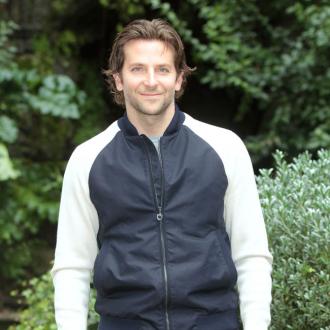 Gordon Ramsay will teach Bradley Cooper how to cook for his upcoming film.

The TV kitchen expert will lend his hand to the 38-year-old actor in preparation for 'Chef', in which he plays a drug-addict cook, and Gordon is thrilled at the opportunity to share his food knowledge in Hollywood after working with other big names, such as the Beckham clang.

A source told The Sun newspaper: ''Gordon jumped at the chance to be involved in this. He has a lot of showbiz pals in Los Angeles through being mates with the Beckhams. So it was only a matter of time before he got involved in the movie business out there.

''Gordon's going to be giving Bradley a crash-course in cookery and teaching him some flash tricks like knife-work so Bradley looks like an experienced chef.''

Gordon, 46, was reeled in because he and 'The Hangover' star are both signed to Creative Artists Agency and the foul-mouthed cook hopes this move will result in him appearing in front of the camera.

The source added: ''He's used to being in front of the camera, so who knows? A cameo in 'Chef' would be the perfect start if he wanted to dip his toe into acting.''