The celebrity chef made the announcement on James Corden's 'The Late Late Show' this week.

Gordon Ramsay has announced that he and his wife Tana are expecting their fifth child together in September this year.

During the interview, Ramsay announced it by pausing when talking about his family. “We have three girls and a boy… and one more on the way.” 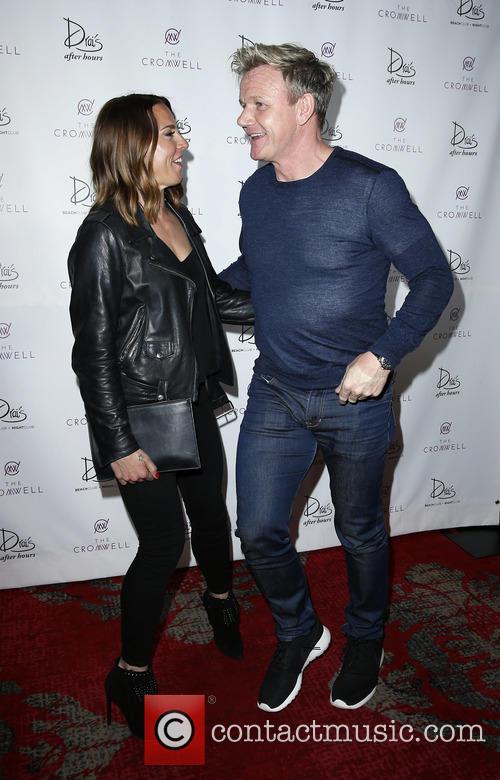 Gordon Ramsay with his wife Tana in May 2016

Fellow Brit Corden, himself a father to two children, jumped up to hug him, but then Ramsay confessed that he was hesitant about the prospect of having another girl. “I'm nervous. I'm just worried, obviously I'd be happy with another girl but four girls… four weddings… four Sweet 16s… four boyfriends.”

Asked about how Tana was getting along, the famously shouty chef replied: “[She’s] excited, she's doing well, she's all good thank you.”

It’s already a pretty big year ahead for the family, with Ramsay himself turning 50, he and his wife celebrating their 20th wedding anniversary, and their eldest daughter Holly turning 18.

This shock news comes just a month after fellow TV chef Jamie Oliver announced that he, too, was expecting a fifth child with his wife Jools, who is the same age as Tana. Their children are rather younger but, just like Ramsay and his wife, they also have three daughters and one son – Poppy (14), Daisy (12), Petal (6) and Buddy (5).

Corden later tweeted a clip of the announcement from his show, adding his own congratulations to Ramsay.