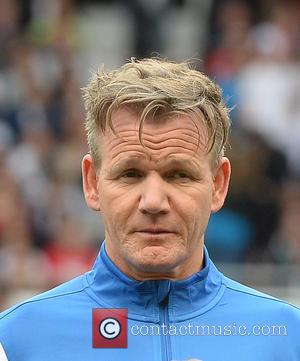 A chef who claimed he couldn't taste food after cutting his tongue at Gordon Ramsay's New York City restaurant has dropped his lawsuit against the celebrity cook.

In January (14), German Markus Barthel hit the Brit with legal documents alleging he ate a hard piece of plastic or ceramic in his hamburger while visiting Ramsay's eaterie at The London hotel last year (13).

In the papers, Barthel claims he was left with "serious, severe and permanent injuries in his mouth, including... deep cuts in his tongue", and had to undergo surgery in order to repair the damage, but is "unable to perform the duties of a chef any longer".

Barthel insisted he was left unable to work for several weeks because of the accident, and was seeking unspecified damages and compensation for his pain and suffering.

However, the lawsuit was dropped last week (begs21Jul14) after Ramsay's lawyers successfully argued the Hell's Kitchen star had not been involved in the restaurant's daily operations in five years.

A representative for the hot-headed chef tells the New York Daily News that Ramsay has been "transparent in his dealings" with The London venue and that he "handed over the ownership and day to day operations in 2009 and Gordon continues a consultancy relationship with the restaurant".