Review of Let Love In Album by Goo Goo Dolls 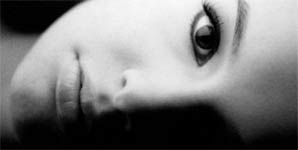 Almost exclusively known for the classic rock-ballad "Iris", the 'Dolls have been together since 1986, with this record being their eighth album. 2006 has proved to a successful year for the Buffalo trio on this side of the Atlantic, with two sold out tours and their first appearance in the top 40 singles chart since 1999 with the afore-mentioned number from the "City Of Angels" soundtrack.

In dynamic fashion, "Stay With You" opens the record with guitars blazing and a big anthem-like chorus - it's easy to see why the track was used to also begin the band's gigs this year. The title track is of similar vein and demands audiences to sing along with the simple "Let Love In" chorus, while "Feel The Silence" takes the tone down a notch but is equally catchy. Also to be filed in the same drawer are "Without You Here" and "Can't Let It Go" - variation is across the record is limited, but thankfully the band are very good at what they do.

Standing out from the collection are "Better Days" and "Become", both hugely epic with great vocal performances from John Rzeznik and the latter is a possible successor to GGD's 'trademark' track. The cover of Supertramp's "Give A Little Bit" is respectful and solid, while the efforts sung by bassist Robby Takac, "Listen" and "Strange Love", hint at the group's punkier past. Current fans will no doubt take the album to their hearts, while new listeners could find themselves hooked by easily accessible pop-rock songs.