Goldie Hawn's Actor Son Oliver Has Made Efforts To Repair His Fractured Relationship With His Estranged Dad Bill Hudson After Publicly Snubbing Him On Father's Day Last Month (Jun15). 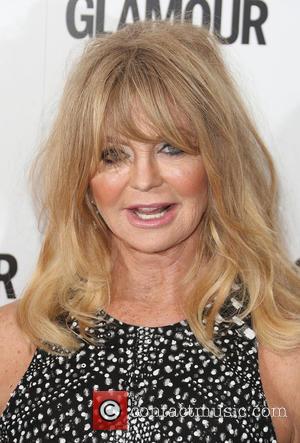 Oliver Hudson posted an old family photo of himself as a child with Bill and sister Kate on Instagram.com, alongside the caption, "Happy abandonment day."

Bill Hudson, who divorced Hawn in 1980, subsequently disowned Oliver and Kate for the "vicious" social media post, and urged his famous offspring to drop his last name.

He told Britain's Mail on Sunday newspaper, "I had five birth children but I now consider myself a father of three. I no longer recognise Oliver and Kate as my own. I would ask them to stop using the Hudson name. They are no longer a part of my life. Oliver's Instagram post was a malicious, vicious, premeditated attack..."

However, Hawn's longtime partner, Kurt Russell, who raised Oliver and Kate as his own, insists the biological father and son have since taken steps to make amends for the fall out.

Movie star Russell tells Eonline.com, "I understood Oliver's sense of humour (regarding the Father's Day post) and since then, there's been some nice back and forth between Bill and Oliver that's nice to see. You want people to enjoy life as much as they can..."