Goldie Hawn To Star In The Viagra Diaries

Goldie Hawn has signed up to star in new TV show 'The Viagra Diaries', in which she plays an older woman who suddenly finds herself in the dating game again after her husband dumps her. 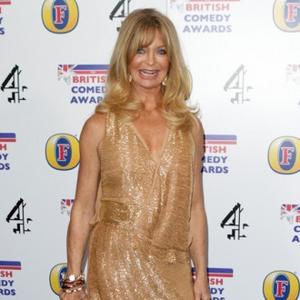 Goldie Hawn is to star in a new TV show about dating.

The 65-year-old actress is to play an older woman who suddenly finds herself single for the first time in over 30 years after her husband has a mid-life crisis and leaves her in 'The Viagra Diaries'.

The HBO programme is the new project from 'Sex And The City' creator Darren Star and it is Goldie's first major role since she appeared in the 2002 movie 'The Banger Sisters' - for which she was nominated for the Golden Globe Award for Best Actress in a Motion Picture Musical or Comedy for her performance as former groupie Suzette.

The series will be Goldie's first regular TV role since 1970.

Goldie's daughter Kate Hudson recently praised her mother for looking even more beautiful now than she did when she was younger.

The 31-year-old actress - who is currently pregnant with her second child, but her first with fiancee Matt Bellamy - said: "She is just beautiful. She is out of control! OK, I am pregnant, but how is my own mother thinner than me? She looks better than I do, how is that possible?"