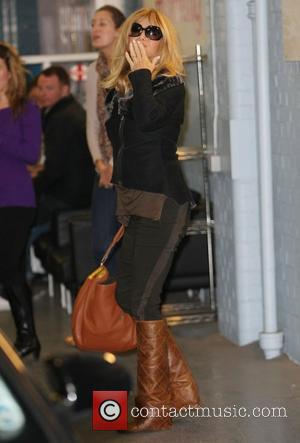 Actress Goldie Hawn can sympathise with Sofia Vergara over her Sunday night (23Sep12) Emmy Awards wardrobe malfunction because she once split open her own dress while laughing too hard.

The Modern Family star exposed her famous butt after the zip on her turquoise gown burst, prompting an emergency repair just 20 minutes before she hit the stage with her fellow castmates to collect the ensemble award for Outstanding Comedy Series.

Vergara took to Twitter.com to post a candid snap of the incident - a close-up of her backside - and now Hawn has reached out to the Colombian actress to tell her she is not alone.

Hawn tells U.S. TV show host Anderson Cooper, "That happened to me once. Steven Spielberg, we were honouring him at an event, and I got in this dress, that was strapless, and Steve Martin said something that made me laugh so hard... the whole dress came off.