Al Capp Came On To Goldie Hawn During A Business Meeting 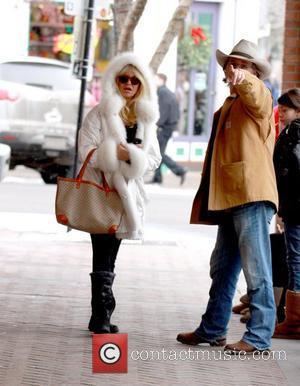 Goldie Hawn almost quit acting at the age of 19 after famed cartoonist and TV writer Al Capp came on to her during a business meeting.
The Private Benjamin star agreed to audition for a part in one of Capp's TV shows after she was approached by a casting agent, who spotted her walking along a New York street - but her big break wasn't as exciting as she had hoped it would be.
Naive and starstruck, the actress met the cartoonist - and the experience made her think twice about whether or not she truly wanted to follow her showbusiness dreams.
During an interview on U.S. TV special Oprah Presents Master Class on Sunday (15Jan12) she recalled, "I go to this big Park Avenue apartment; I've never been in so much wealth... He (Caplin) thunders through the door... and he said, 'Well I'm going to slip into something more comfortable.' And something went off in my brain like, 'More comfortable? OK, well I guess that means he's going to go in and take off his raincoat...' So he comes in in a dressing gown and he sits down on the couch and I'm thinking, 'This isn't looking too good'."
The cartoonist then asked nervous Hawn to show off her legs and when she obliged him by lifting her skirt, Caplin went too far, according to Hawn, who added, "He opened up his dressing gown and I looked at it (penis)... It was scary. I said, 'Mr. Capp I will never get a job like this.' And he said to me, 'Oh, I've had them all.' And I said, 'Well it doesn't matter, but I'll never do this,' and he said, 'Well, you're never going to get anywhere in this business, you should go home and marry a Jewish dentist.' And I started to cry and I said, 'Well maybe I will.'"
But Hawn kept her integrity and got the last laugh: "Finally the show came out, years later, and I was able to send Mr. Capp a telegram. I was doing (TV series Rowan & Martin's) Laugh-In at the time, so I was pretty established... and I said, 'Well congratulations, I guess I didn't have to marry a Jewish dentist after all.'"
Capp, real name Alfred Caplin, died in 1979, aged 70.