We speak with Bobby Cook from Goldhawks about their debut album 'Trick of Light' which was released in the UK at the end of August. Bobby tells us about the transition from solo artist to working in a band, having endlessly toured throughout 2010 he also tells us some of the horrors of sharing the stage with bands who like to trash the stage.

Goldhawks are currently touring in Germany and will return to the UK and play the NME weekend at Camber Sands holiday park on November 6th 2010. 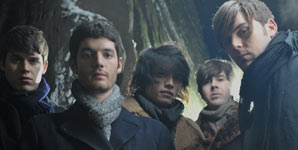