'American Hustle' was the night's big winner, with three major wins, but there were surprises elsewhere as even Leonardo Dicaprio won an award!

The 2014 Golden Globes came and went on Sunday, 12 January night as the stars of Hollywood gathered for the first real awards showcase of the year. The event didn't let down, with hosts Tina Fey and Amy Poehler delivering the laughs throughout the event and with individual stars using their time in the spotlight to grand effect, resulting in a night to remember.

The two top-contested awards, Best Motion Picture for Drama and for Musical or Comedy, were awarded to the early favourites and the two titles looking most likely to sweep up over the course of awards season: 12 Years A Slave and America Hustle.

Although Steve McQueen's harrowing retelling of Soloman Northup's tale of going from free man to slave to free again failed to win in any other category, American Hustle left the night as the most successful title of all, picking up another three awards from a possible seven nominations. The film's two female stars, Amy Adams and Jennifer Lawrence, picked up the Best Actress (Comedy or Musical) and Best Supporting Actress respectively for their performances.

The male acting awards on the other hand were dominated by The Dallas Buyers Club, with AIDs-suffering Matthew McConaughy and Jared Leto both earning recognition in the Best Actor (Drama) and Best Supporting Actor categories respectively. Leonardo Dicaprio was awarded the Comedy or Musical Best Actor Award for his role in the controversial The Wolf of Wall Street, which will only improve his chances of finally winning an Oscar, although he is still an outsider for the top gong.

Whilst it was the ladies of American Hustle taking home two of the three available awards for female film acting, early favourite Cate Blanchett rightly took home the Best Actress (Drama) award for her performance in Woody Allen's Blue Jasmine. Allen was later awards the Cecil B. DeMile Lifetime Achievement Award for his dedicated work behind and in front of the camera, an occasion that wasn't watched with much appreciation by his ex-wife Mia Farrow and son Ronan Farrow.

Check out our full gallery of Golden Globe arrivals 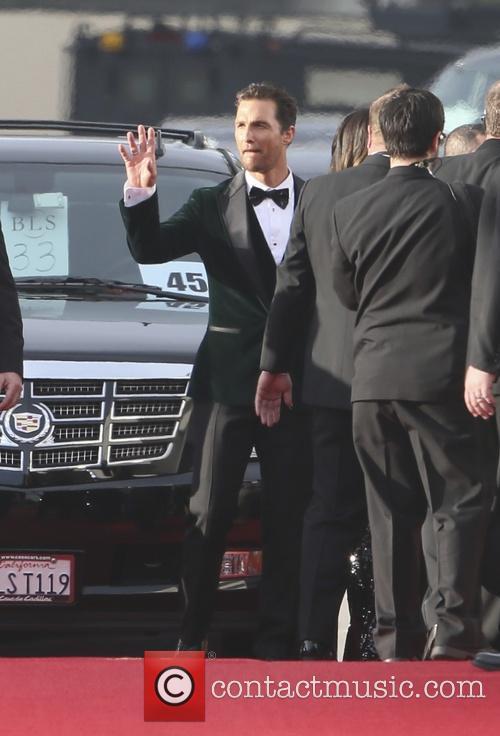 Next Page: The television awards go to...