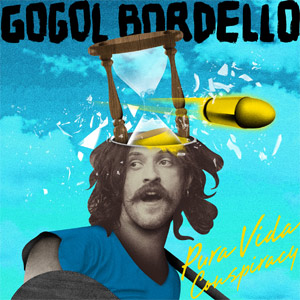 Despite the bands persistent, gypsy like touring, performing endlessly since the release of their debut album in 1999, Eugene Hütz and company situated themselves in El Paso, Texas to record their latest album, 'Pura Vida Conspiracy'.

Featuring the same iconic Eastern European influences and Eugene's instantly distinguishable passion for storytelling, it is immediately clear that this is a Gogol Bordello record - and that goes without mentioning the unique incorporation of accordion and violin to support the ska-punk hybrid the band have become known for.

Opening track 'We Rise Again' is the perfect analogy for the new album - Gogol Bordello is back and they aren't backing down! The quasi-revolutionary stance the band have made and continues to support is enforced by the aggressive lyrical content against dictatorship and immigration: "Borders are scars on the face of the planet", "For the love of everyone who's yet to be free". The catchy chorus has the ability to compete with corporation-constructed pop songs, despite Gogol Bordello's unconventional lyrical content and instrumentation, which is enhanced by the repetition of "We Rise Again", creating a sense of unity between the band members and the listener. Despite the third verse being sung in Spanish, the song speaks more sense than the majority of modern music, instilling moral values and enforcing a developed political stance.

'We Rise Again' isn't the only multi-lingual track; 'Malandrino' has Eugene speaking Portuguese proving their really is no demographic which can't learn something from Gogol Bordello. The track features groovy bass riffs supported by unique, impressive vocals, delivered via Eugene's Ukrainian accent which the song bases itself around: "This boy is born with singing heart", "I was born with singing heart". The relaxing classical guitar solo which breaks down into a succession of classical chords is instantly contrasted by the aggressive, punk like percussive instruments during the second half of the chorus. The repetition of "Malandro" translates to "rascal" - which the band has labelled themselves due to their mischievous acts against government immigration laws.

'The Other Side of Rainbow' features similar groovy bass riffs complimented by the classical guitar chords. The union chants enhance this track creating an impressive vibe which is sure to sound incredible live (if the song manages to find its way onto a setlist orientated around six studio albums).

'My Gypsy Auto Pilot' is story telling at its best, using pathos techniques to relate to the listener and featuring the recurrent theme of travelling back to one's home.  Ukraine-born Russian dramatist and novelist Nikolai Gogol himself would be proud of the song, as would whoever says "Papito" (Spanish for daddy) in the song.

Although 'Pura Vida Conspiracy' lacks some of the aggressive punk and fast tempo percussion featured on 'Voi-La Intruder' and 'Super Taranta!'. The band make up for it in production techniques, carefully constructed instrumentation and understanding of music. The moral values are still predominant and the lack of aggression hopefully reflects the band's stance on the developing world, suggesting improvements have been made since the release of debut album 'Voi-La Intruder' in 1999. 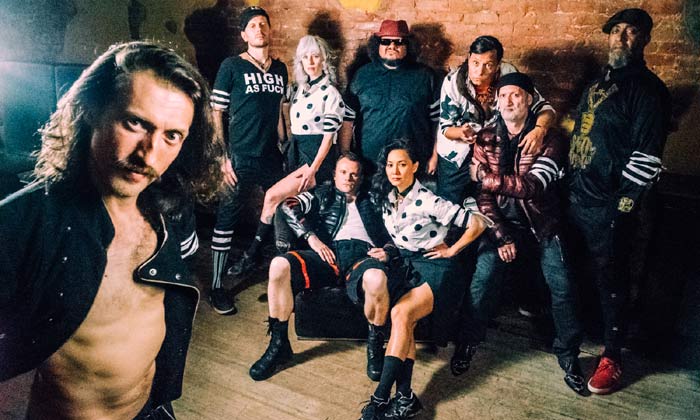 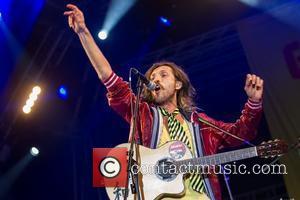 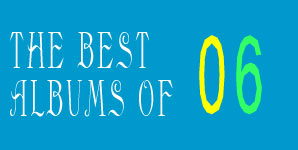 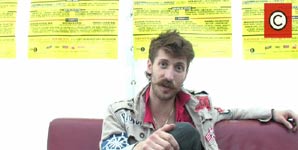