Singer Gloria Estefan Has Cast Newcomer Ana Villafane To Portray Her In New Stage Show On Your Feet!. 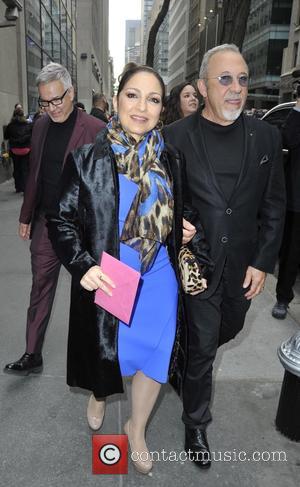 The Estefans introduced America to the new stars on breakfast show Today on Monday (13Apr15), and the thrilled newcomer said, "For as long as I can remember (I have been a fan of Gloria Estefan). I actually grew up performing her songs at talent shows and I actually went to her high school."

Andrea Burns, Alma Cuervo, Alexandria Suarez and Noah Johnston will also star in the show, which is based on the Estefans' life story.

The play will premiere on 5 November (15) and will also feature members from the Estefans' early band, The Miami Sound MAChine, as part of the orchestra.