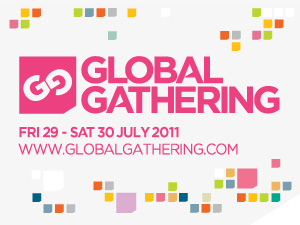 2012 boasts the festival's most exciting line-up to date, with numerous spectacular live acts and DJs that span the entire electronic music spectrum, as well as a series of brand new arenas from some of the world's most exciting promoters. From stadium straddling stars to industry insiders' tips and the latest breaking acts, the festival team promise more live shows, epic productions, and groundbreaking arenas than ever before.

Topping the bill is chart-topping superstar, Tinie Tempah, set to storm the Main Stage this summer with a typically energy-fuelled, all new live show. After a year in which he has continued to make his presence felt on both sides of the Atlantic with his crowd pleasing party anthems, the Global crowds can expect nothing short of an epic new production with plenty of surprises thrown into the mix.

GlobalGathering protÃ©gÃ©s and the pioneering kings of grime beats and heavy basslines, Chase & Status, return to Long Marston following an outstanding year of sold-out arena dates for their Main Stage debut. Hyped by a barnstorming appearance at last year's festival, when they created an unbelievable one-in-one-out situation at the biggest arena on site, Chase & Status are bringing an all new live show with a host of special guests to the best dance stage on the planet this July.

"GlobalGathering was one of the best festivals we played last summer, and I'm sure this year will be no exception. The crowds at Global are always crazy and we can't wait to bring our live show back this July." (Chase & Status)

In a massive festival first, superstar trance DJ and producer Armin van Buuren will bring the most popular trance radio show in the world, A State of Trance, to host an exclusive arena at GlobalGathering 2012. AVB will be broadcasting the show LIVE from the festival to millions of devoted listeners across the world and welcoming Markus Schulz, Aly & Fila, W&W and more to the arena over the weekend.

The standout breakthrough act of last year's festival, Skrillex, who has since garnered international respect and acclaim, also returns to GlobalGathering to headline the all-new UKF Bass Culture arena. Bringing his live concept The Skrillex Cell, fresh off the back of an international tour, the most exciting DJ in the world right now is upping the visual ante and treating GlobalGathering fans to a pioneering dance music experience, reflecting Global's high production values. Using motion capture technology to create the backdrop to his set, the famously vigorous Sonny Moore will have giant 3D projections in the shape of monsters, skeletons and robots moving in spectacular time with him. Knife Party, Zane Lowe, Jaguar Skills and Feed Me will continue keep the basslines pumping throughout the arena, with a very special guest performance from Andy C bringing his new live show Alive.

Indie-dance trio Friendly Fires round off the headline performances on the Main Stage making their debut at GlobalGathering this summer. Importing South America to Shakespeare's country, they'll be delivering a taste of sunshine music with their rave-infused uplifting vibe. Modern classics such as Paris, Jump in the Pool and Live Those Days Tonight are set to capture the sun-drenched party atmosphere and provide a life-affirming, euphoric mood amongst the pleasure-seeking crowd.

As the headliners prove, GlobalGathering 2012 will be showcasing more quality and diverse live acts than any other electronic music festival in the UK this summer. In the biggest year yet for rocking guitars, banging drums, and singing strings, the BBC Sound of 2011 duo Nero, singer-songwriter of last year's smash Earthquake Labrinth, soulful Maverick Sabre, dubstep/rock foursome Modestep, chart-topping drum and bass legend DJ Fresh and liquid funk Belgian Netsky will all stage live shows across the festival's stages and arenas.

Displaying the very best in drum and bass, techno, house, dubstep, grime and trance, the arenas at this year's GlobalGathering are a who's who of the most cutting edge nights and promoters from both the UK and further afield. The organizers are pleased to announce new arenas from Metropolis & Digital Soundboy and Visionquest, in addition to UKF Bass Culture and A State Of Trance. 2012 will also see the return of arena hosts Hospitality, Godskitchen, Toolroom Knights and Rinse, with two further terraces yet to be announced.

In its second year as a GlobalGathering arena host, event brand Metropolis is teaming up with label Digital Soundboy (from original dnb pioneer Shy FX) to bring the hottest, most forward-thinking bass sounds of the UK underground scene to the fore. Nero (live) will deliver their club friendly hybrid of drum and bass, dubstep, house and trance to the arena after packing it out during their inaugural GlobalGathering last year. Joining Nero is a new live show from Sub Focus as well as Modestep (live) and Flux Pavillion with support from many more, who'll ensure the drops just keep on coming.

Global are very excited to welcome Visionquest - hosting their first ever festival arena anywhere in the world, this is the only one they'll be doing this summer. Offering up their deeper sound of house, techno and minimal techno, the arena will showcase the best underground, spectral sounds, with Visionquest: Ryan Crosson, Shaun Reeves and Lee Curtiss topping the bill alongside Seth Troxler, and support from Art Department and Nina Kraviz.

The self-titled Global Arena will this year showcase headliner Jamie Jones, recently voted the No.1 techno act in the Resident Advisor poll, as well as a festival exclusive back to back set from Joris Voorn and Nic Fanciulli, with sets from Maya Jane Coles, Heidi and a special guest appearance from Sasha.

Returning for a second year to host an arena are Hospitality, the worldwide event promoters of top UK drum and bass imprint Hospital Records. After an incredibly successful year at GlobalGathering in 2011, they return with the best dnb line up anywhere in the UK this summer with Netsky bringing his live show, High Contrast feat Jessy Allen & Dynamite MC, Camo and Krooked (Live), Danny Byrd, Roni Size with a Full Cycle Retro set and London Elektricity all set for the Hospitality Arena.

"After the fun and frolics of last year's festival, we are super excited to be back once again hosting a Hospitality arena at GlobalGathering. Bringing you the best in beats and bass from all the artists on the Hospital roster and beyond with special guest Roni Size playing a Full Cycle classics set, two brand new live shows from Camo & Krooked and Netsky and plenty more to boot, this year's going to be even bigger and better than ever before!" (Hospitality)

Rinse FM fans are in for a treat as the capital's most influential radio station returns to Global. Combining the cream of the UK dubstep, grime and funky scenes, Rinse are bringing a line-up beyond compare including Magnetic Man making their live GlobalGathering debut, Boy Better Know Feat. Skepta in another Global first, reigning queen of the MC's Ms Dynamite, Zinc & Tippa, P Money, Emalkay, Plastician and Roska & Jamie George. Set to go off in just as explosive a style as it did in 2011, the Rinse arena will almost certainly be packed out.

Arena host stalwarts and one of the biggest dance brands on the planet Godskitchen will be bringing the world's biggest trance superstars to the Airfield with explosive sets from Above and Beyond, Gareth Emery, Ferry Corsten, John O'Callaghan and Cosmic Gate plus many more with unforgettable production and an unrivalled atmosphere.

The Electric Arena makes a welcome return with first lady of electronic music Annie Mac with support from Steve Aoki, Fake Blood, Jack Beats (DJ set), TEED (Live) and Screendeath amongst others. Toolroom Knights also makes a return moving into a bigger arena this summer and with Mark Knight (Live) at the helm and sets from Sander van Doorn, Funkagenda, Michael Woods, Stefano Noferini and many more.

With plenty more surprises and announcements in store, the fans who descend on Long Marston Airfield over the weekend can expect GlobalGathering to continue its tradition of upping its offering and improving the experience year-on-year - developing the festival layout, bringing audiences the best in new electronic music first, offering up staggering new production concepts and comprehensive lineups with even more live acts than ever before year on year.

James Algate CEO of Angel Music Group and GlobalGathering's organiser said: "Following the successful rebrand and redevelopment of the festival in 2011 that saw amazing feedback from artists and festival goers alike, we've once again looked to the future, securing some of the freshest live acts and DJs out there right now. GlobalGathering has always had strong production values and we are also working on some really exciting developments to the stages and arenas this summer - all will be revealed soon!"

Alongside the UK event, GlobalGathering will also visit countries across the world in 2012 proving their status as the international leaders in the electronic music market - with festivals taking place in Belarus (30th June), Ukraine (14th July), Russia (21st July), and South Korea (6th October).

Tickets for GlobalGathering are on sale 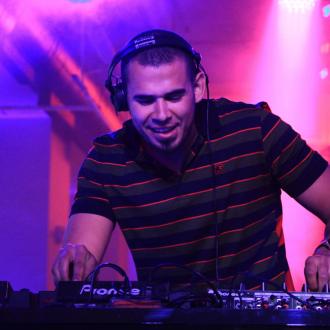 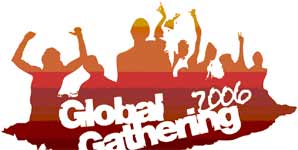