The Team Behind Glenn Close's West End Revival Of Sunset Boulevard Is In Talks To Bring The Story Back To The Big Screen. 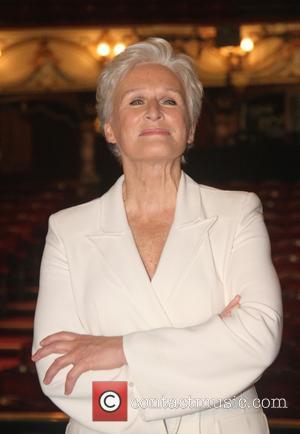 Andrew Lloyd Webber's stage show, which originally opened in London in 1993, is based on the 1950 film noir of the same name starring William Holden and Gloria Swanson.

Close took on the role of fading film star Norma Desmond when the play transferred to Broadway in 1994, and she is returning for a new London production, which opens in April (16).

The show's lyricist/writer Christopher Hampton has now revealed they are in talks to turn the show into a new film.

"We are looking down the line to make a movie of it later," he tells the London Evening Standard. "When we first did Sunset Boulevard it was somehow still too close to the original. Now you have to ask yourself and find a director who would ask 'What is there about this story that was made so perfectly in 1950 that justified me doing it again?'"

Hampton also suggests Close is in the frame to lead the cast of the movie adaptation, adding, "It is not my decision but as far as I'm concerned that is what I'm thinking. We've just had a series of talks with Paramount so everything is in place and hopefully we can get it done while Glenn is in London."

Close previously said of the West End revival, "When I was approached to do this I thought it was actually a gift. To be able to come back to the same character 20 years later. It is going to be another exploration for me because I've had 20 years of life, I've had 20 years of my craft.

"She won't be the same and I'm not sure of what she will be like. She's been in my psyche, when you play a great character like that she becomes part of the fabric of your being. She haunted me after I left her."

The new revival runs from 1 April to 7 May (16) at the London Coliseum theatre.