Tim Mcgraw will perform the song at Sunday’s ceremony.

Country legend Glen Campbell is among the Oscar nominees this Sunday, in the best original song category for ‘I'm Not Gonna Miss You’, from the documentary film Glen Campbell: I'll Be Me. The song was written by the singer about his struggle with alzheimer’s disease after being diagnosed in 2011 and it features at the end of the documentary which follows his final tour. 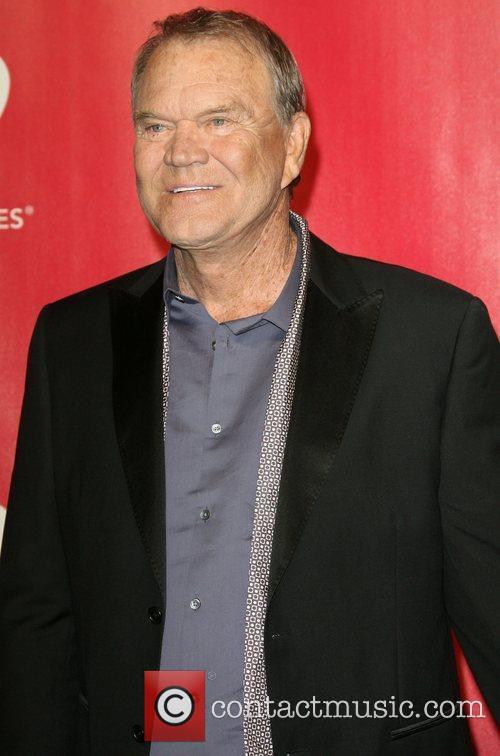 Sunday will be a bittersweet night for the 71 year old’s family, as his wife and daughter will attend the ceremony on his behalf. Campbell now lives in a care facility and his wife told ABC News that these days, the singer is doing very well physically but cognitively, he's declined "quite a bit.”

"He's lost most of his ability to communicate but he can say short phrases like, 'I love you.' He likes to strum on the guitar a bit, and he still prays -- God and his faith have always been important to him," she said. "He's got a heart of gratitude and a positive attitude. ... He's cheerful and content."

More: Is 'See You There' Glen Campbell's 'American IV: The Man Comes Around'?

Speaking about her husband’s Oscar nomination, Kim Campbell said, "It's just so wonderful to have Glen acknowledged like this. He's such a great entertainer, a great singer, and this song is him pouring his soul out about what he's going through. It's a song that speaks to me. In my mind, it's like him saying, 'Don't worry about me.' It's sad, but it's also comforting,” the singer's wife added.

Watch the video for ‘I'm Not Gonna Miss You’ here:

The song will be performed by Tim Mcgraw on Sunday evening, a long time friend and fan of Campbell’s who said he was honoured to be asked to sing song which he described as “powerful”, while hailing Campbell as one of the true legends of the music industry.

Kim Campbell said that when she told her husband about the nomination he didn't seem to understood what it meant. "I think maybe if I put one in his hands [he would understand]," she told ABC "If he could just hold it. I hope it happens.”

Also nominated in the best original song category are John Legend and Common for ‘Glory’ from the film Selma, Beyond the Lights’s ‘Grateful’, written by Dianne Warren and performed by Rita Ora, Lost Stars from Begin Again, performed by Adam Levine with music and lyrics by Gregg Alexander and Danielle Brisebois, as well as ‘Everything Is Awesome’ by Shawn Patterson from The Lego Movie soundtrack.